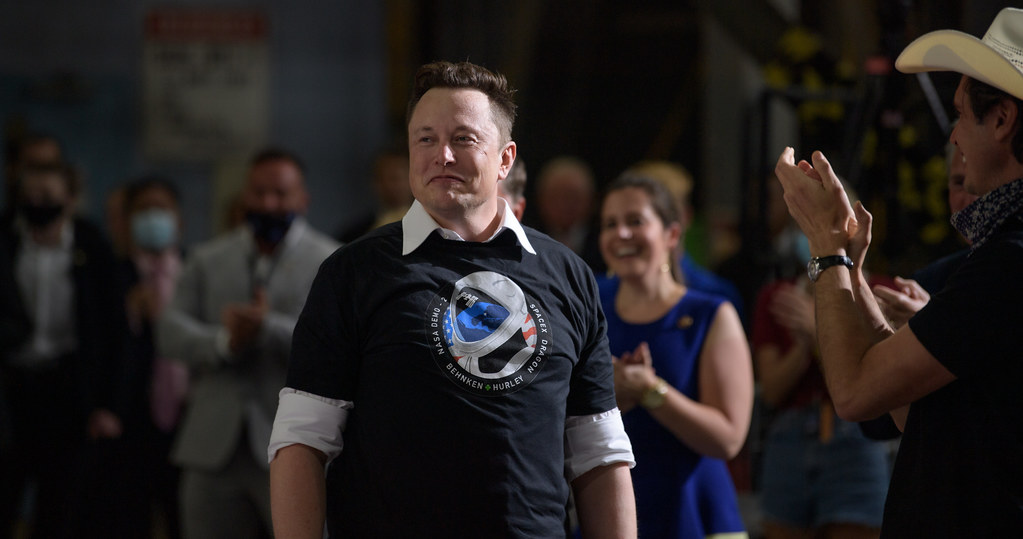 The ongoing Twitter files is of little use to the mainstream media except to attack Elon Musk, Matt Taibbi, Bari Weiss, and Michael Shellenberger as conservative conspiracy theorists, but everyone knows the reaction would be quite different if Mr. Musk was the one doing the banning and deplatforming.

Sometimes, the best way to truly understand the implications of a situation is to consider its opposite.  What would people, or certain groups of people, be saying if something was fundamentally changed?  As we all know, Twitter itself has fundamentally changed over the past two months.  Elon Musk is now the owner of what once was a publicly traded platform, and he has summarily fired much of the old leadership including the so-called safety teams that were supposed to protect us from objectionable tweets.  He has also promised big changes in policy, re-orienting the social media giant towards a free-speech driven approach with the goal of transforming it into the equivalent of a digital town square.  The changes have been met almost universally with condemnation and outrage from the progressive left and the mainstream media.  Some have claimed Mr. Musk has opened the gates of hell itself and that people will die.  Mr. Musk has also recruited contrarian journalists Matt Taibbi, Bari Weiss, and Michael Shellenberger to report on internal communications surrounding major decisions the company made before his tenure.  The goal is to make public the reasoning behind some of the company’s more unprecedented actions like temporarily suspending the account of The New York Post during a presidential election or permanently banning a sitting US President.  Throughout the five installments we have seen so far, Mr. Musk has revealed a company that does not follow its own procedures, misleads the public, violates the terms of use established with the public, and makes decisions for political reasons.  This is not my assessment:  It’s what Twitter’s own employees said time and time again in the documents released to date.  Whether you feel the revelations rise to the level of a blockbuster story or merely a curiosity, there is no doubt that Twitter provided a false justification to block both the Post and to suspend Donald Trump, and also actively engaged in tactics like “shadow banning” that they’d previously denied.

The mainstream media has responded to these revelations in two ways.  First, by ignoring them entirely, which many outlets have chosen to do.  There has been no coverage to date, or such a small amount of coverage that it amounts to zero, on CNN, ABC, MSNBC, and others.  Second, by placing the focus on Mr. Musk and his potential political motivations rather than simply covering the story and letting readers, viewers, or listeners decide for themselves.  NPR, for example, headlined their coverage yesterday with “Elon Musk is using the Twitter Files to discredit his foes and push conspiracy theories.”  Rather than accept the reality that the company engaged in blatant censorship of The New York Post based on something they knew to be untrue at the time, the claim is that the “documents shared so far largely corroborate what is already known about the messy business of policing a large social network.” “What is really coming through in the Twitter Files for me is: people who are confronting high-stakes, unanticipated events and trying to figure out what policies apply and how,” explained Renée DiResta, research manager at the Stanford Internet Observatory.  This is an odd way to explain the banning of President Trump for example when the tweets that prompted the ban were reviewed by the company’s own moderation teams and were confirmed to have no violations.  As they put it regarding one of the President’s tweets announcing that he would not be attending the upcoming inauguration of Joe Biden, “it’s a clear no vio. It’s just to say he’s not attending the inauguration.”  Several hours later, they created an entirely new policy to achieve the obvious goal, banning a sitting President “due to the risk of further incitement of violence,” something they have never done before even when other heads of state have called for outright violence.  We know this was the goal because the banning occurred after The Washington Post published a letter from hundreds of Twitter staffers demanding President Trump’s removal.  Whether one believes President Trump should have been banned or not, it’s clear Twitter was not merely “figuring out what policies apply and how.”  They were creating new ones to achieve the desired end.

Nonetheless, NPR continues to insist that the releases so far show “Twitter executives and rank and file employees grappling with difficult tradeoffs, questioning the company’s rules and how they should be applied — and in some cases, getting things wrong.”  In this regard, they cite the situation with The New York Post, essentially claiming it was all a big misunderstanding.  The company had been “burned by the Russian hack and leak of Democratic National Committee emails in 2016” and was “on edge over the possibility of a repeat,” so they just invented the idea that the materials were hacked with no evidence and decided to “restrict” the story.  Either way, it wasn’t really a problem because “Within days Twitter reversed the block and changed its policies on hacked materials. Soon after, then-CEO Jack Dorsey said the company had made a “mistake.”  For the record, the Post’s account was blocked for more than two weeks.  Not days, but sure the “material shared by Musk paints a more vivid picture of the scramble inside Twitter to figure out what to do — but does not fundamentally alter that picture.”  Besides, it’s “all been publicly known and widely reported on over the past two years,” and, even if it wasn’t, Mr. Musk himself is now the problem because his “conspiracy-baiting has quickly turned ugly, as he uses a project that purports to be about transparency to discredit Twitter’s former leadership and harass people he disagrees with. That’s giving his 120 million Twitter followers easy targets.”  “This very cinematic world-building activity has become part of everyday culture on Twitter for certain groups of people,” explained Mike Caulfield, a research scientist at the University of Washington’s Center for an Informed Public.  Ultimately, “Musk’s ongoing embrace of conspiracies and far-right ideological grievances is adding to worries about his stewardship of Twitter.”  It’s creating a “chilling effect” said a former employee.  Putting this another way, when legitimate conservative news sources are silenced by a company’s false claims, and a conservative President is deplatformed by a radical rewrite of their own policy, it remains the fault of conservatives themselves.

If you truly believe that, I ask you to consider what the reaction would be from these same people if Mr. Musk were to block The Washington Post and deplatform President Joe Biden.  Does anyone truly believe we’d be told this was just business as usual and there was nothing to see here, merely a company doing its best in a difficult situation?  It’s not as if both haven’t run afoul of certain policies regarding the truth and misinformation, especially if you apply the same standards Twitter leadership has used in the past.  Just this week The Washington Post published an article by Philip Bump claiming the United States never implemented lockdowns to combat the pandemic, and we should not use the term because it is reserved for more draconian policies like China.  He wrote this when his own paper and even his own prior articles used the term “lockdown” to describe the situation in the United States many times.  It was earlier this year when The Washington Post falsely claimed that President Trump was harboring nuclear secrets for sale.  Last year, they were forced to “correct” a report that falsely attributed multiple quotes to the former President.  In 2019, they had to issue 15 corrections to a single story about black families struggling to keep farmland.  “We are embarrassed by the widespread errors in this freelance article. We have published a detailed correction of each error and updated the story based on re-reporting by Post staff,” executive editor Marty Baron told Fox News.  The President himself has transformed into a font of misinformation, literally spewing so many falsehoods that CNN had to call him out before the election.  These falsehoods ranged from the mundane to the bizarre, on everything from Social Security payments to gas prices and how much time he’s spent with his Chinese counterpart.  In addition to falsehoods, both have taken unapologetic aim at conservatives.  For example, The Washington Post’s Michael Gerson claimed conservative religious people were dangerous earlier this year, accusing them of “perverse and dangerous liberties many believers have taken with their own faith.”  “Leaders in the Republican Party have fed, justified and exploited conservative Christians’ defensiveness in service to an aggressive, reactionary politics,” he wrote, declaring them a threat to democracy. “Much of what considers itself Christian America has assumed the symbols and identity of white authoritarian populism — an alliance that is a serious, unfolding threat to liberal democracy.”  President Biden himself has unleashed even harsher rhetoric, declaring this opposition outright Confederates and “semi-fascists”, declaring “Donald Trump and the MAGA Republicans represent an extremism that threatens the very foundations of our republic.”  For comparison’s sake, the second of President Trump’s tweets that lead to his permanent ban was, “The 75,000,000 great American Patriots who voted for me, AMERICA FIRST, and MAKE AMERICA GREAT AGAIN, will have a GIANT VOICE long into the future. They will not be disrespected or treated unfairly in any way, shape or form!!!”

I do not write this to suggest that Mr. Musk should ban The Washington Post or deplatform the President, merely to point out that by any objective standard both have spread misinformation, made false claims, and vigorously attacked those they consider the opposition.  Such an attack can easily be seen as a call to arms for their supporters, the same way President Trump’s usage of “American Patriots” was.  By any objective standard or policy, they’re use of Twitter should be equally scrutinized.  Of course, it’s not.  It never has been and, thankfully under Mr. Musk, it most likely never will be.  This does not change the fact that the reactions from the usual suspects in the mainstream media would be dramatically different if the roles were reversed.  In that case, I can assure you that Twitter itself would be seen as nothing short of a threat to democracy that needed to be promptly shut down for the benefit of all humanity. Why is that?