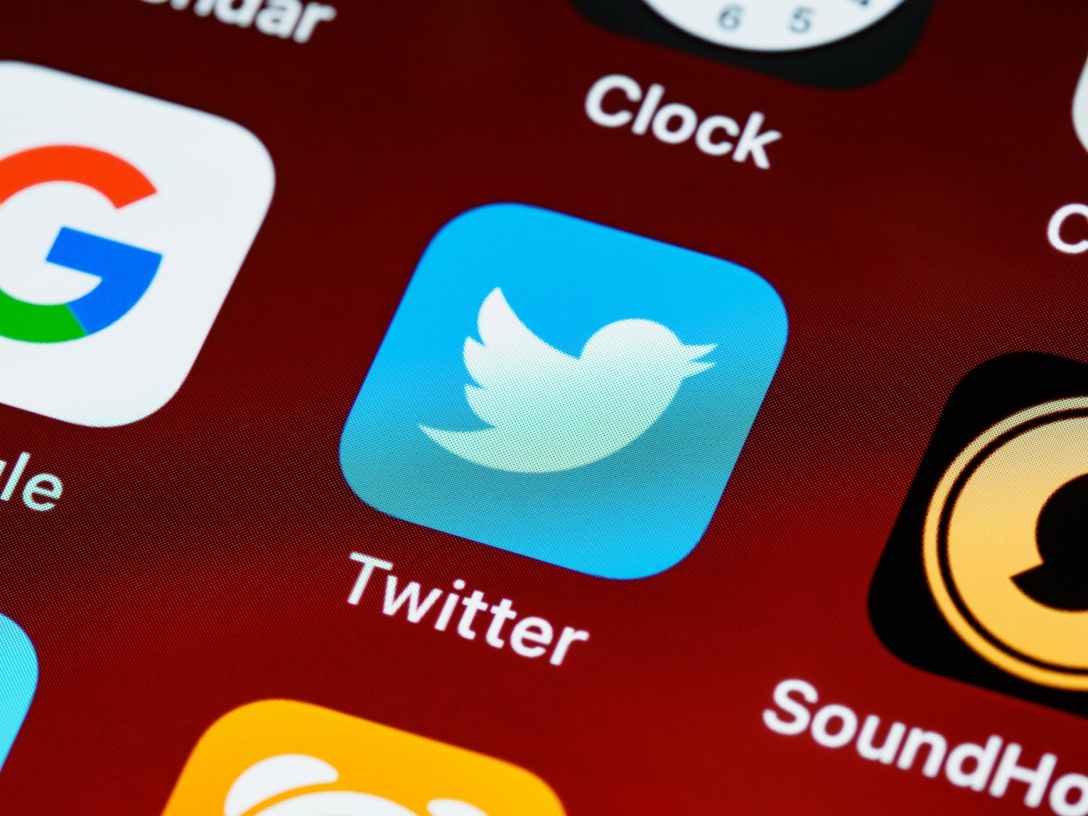 The world’s richest man and self-proclaimed “free speech absolutist” is now the largest shareholder of the social media platform after haranguing it as a threat to democracy for limiting speech.  This isn’t a purely academic point after the platform blatantly interfered in the 2020 election.

In a more rational and fair world, Twitter would be at the center of a media firestorm concerning free speech and free elections following revelations from both The New York Times and Washington Post that Hunter Biden’s laptop is real and he is under investigation for many of the same items first brought to light during the 2020 campaign.  Rather than allowing a free and open debate on the existence of the laptop and the legitimacy of the accusations at the time, the social media giant suppressed any and all posts related to the matter, including private messages.  They claimed this blatant suppression of what should be protected speech was justified by their content moderation policy because the posts in question were based on hacked information, that is information obtained illegally.  Even then, however, there was absolutely no evidence presented by Twitter or anyone else to support this claim.  Neither Hunter Biden, nor his father then-candidate Joe Biden, ever said they were the subject of a hacking attempt or that the materials had been stolen from them.  No third party expert analyzed the laptop in question, or came to any conclusion on the matter based on the materials made public in reporting from The New York Post.  Twitter released no report or information supporting their decision.  Instead, they claimed it was so with impunity and simply blocked the posts, including those from reputable media outlets and other experienced observers with reputations for integrity and honesty.

Such wholesale suppression of a story with potentially negative implications for the leading candidate in the middle of a Presidential election led many to conclude that Twitter was intentionally interfering for purely political purposes, essentially biasing their content in favor of their preferred candidate, Joe Biden.  Now, it seems those claims have been fully validated:  Absent another explanation or the release of additional data, the obvious conclusion is that their primary goal was suppressing the story and the idea that the materials were hacked was used only because it was grounds for the removal of content within their existing moderation policy.  This conclusion may seem overly broad or even harsh, but considering there was no evidence whatsoever the materials were hacked and no other company made the same claim, what other explanation is there?  If they had offered another excuse, for example followed Facebook’s lead and claimed they were working with fact checkers to independently verify the story, they would not have been able to use such a heavy hand and the story would likely have been allowed to circulate with the now familiar subheading that some dispute the claim.  That apparently wasn’t enough, so they claimed the information was obtained illegally and therefore should be completely blocked.  This is the same action they would take to prevent someone from posting your social security number, not a major story concerning public figures in the middle of a hotly contested election.

Alas, things haven’t gotten much better since then.  Today, Twitter continues manipulating content under the guise of protecting users from “misinformation.”  This applies to major topics of debate in the public sphere, from elections to the coronavirus pandemic.  As they put it, “In the face of misleading information, we aim to create a better informed world so people can engage in healthy public conversation. We work to mitigate detected threats and also empower customers with credible context on important issues.  To help enable free expression and conversations, we only intervene if content breaks our rules…Otherwise, we lean on providing you with additional context.”  The tech giant continues, “We manage the risk of public harm in many ways. The combination of actions we take are meant to be proportionate to the level of potential harm from that situation. People who repeatedly violate our policies may be subject to temporary or permanent suspensions. Depending on potential for offline harm, we limit amplification of misleading content or remove it from Twitter if offline consequences could be immediate and severe. In other situations, we aim to inform and contextualize by sharing timely information or credible content from third-party sources.”  These techniques can include labeling content, prompts when engaging with misleading information, prebunks rather than debunks, Twitter moments, and opportunities for users to share feedback.

What they do not include, apparently, is anything resembling a robust mechanism to ensure free speech and the exchange of ideas.  Instead, like so many others in this increasingly technocratic age, they rely one what they describe as “external, subject-matter experts” who have “confirmed” the content to be “false.”  Of course, they fail to acknowledge what should be obvious to anyone paying the slightest bit of attention these past few years:  Today’s false story or conspiracy theory, is tomorrow’s truth.  Once upon a time, posts claiming coronavirus leaked from an insecure Chinese lab were also suppressed as false misinformation, until it became obvious that was by far the most likely scenario.  Similarly, claims the vaccine stopped the spread of the virus were allowed to circulate freely, only to be withdrawn down the line.  The efficacy of the vaccine itself was also widely touted, only to learn the benefits fade after a few months.  Experts, however well-intentioned, do not have a monopoly on the truth.  Where it so easy to ascertain truth itself, the world would not be nearly so filled with argument and endless debate.  Traditionally in the United States, free speech was seen as the optimal mechanism:  Each side presents their best and latest argument, and the people decide.  Expert opinions carry more weight based on their experience and their reputation, but everyone can participate freely.  It is the free exchange of ideas after all, a process which has since been supplanted by expert rule, whether or not they change their minds, whether or not they were wrong in the past, whether or not they are actually well intentioned.

Unfortunately, no one has done much about it to date, save for former President Donald Trump filing a longshot lawsuit and a lot of griping in conservative circles, until perhaps now.  Last week Time’s Person of the Year and the richest person in the world, Elon Musk filed with the SEC declaring he has become Twitter’s largest shareholder with a stake of some 8.79% of the company.  This slightly less than 9% ownership includes some 73.5 million shares of Twitter stock, which incredibly is pocket change for a man worth almost $300  billion.  “Musk’s actual investment is a very small percentage of his wealth and an all-out buyout should not be ruled out,” explained CFRA Research analyst Angelo Zino in a client note, meaning this could be just the beginning of his control over the platform.  The move was announced after Mr. Musk posted on Twitter itself about the importance of the free exchange of ideas.  Last month, a user asked him if he were considering building his own social media platform, to which he replied he was giving it “serious thought.”  Mr. Musk then followed up by posting a poll asking his 80 million followers if Twitter adheres to the principles of free speech, saying it was “essential to a functioning democracy.”  Later, he added,  “The consequences of this poll will be important. Please vote carefully,” even as 70% of respondents said no.  The following day, Mr. Musk concluded “Given that Twitter serves as the de facto public town square, failing to adhere to free speech principles fundamentally undermines democracy,” and then asking if a “new platform” is needed. He also declared himself a “free speech absolutist” when asked if he would shut down Russian news sources on the Starlink internet platform he provided for Ukraine.

Overall, Mr. Musk has been earning a seemingly well-deserved reputation as an unlikely champion of freedom in the midst of the coronavirus pandemic.  In April 2020, he was at the forefront of ending the lockdowns, saying on an earnings call with reporters, “If somebody wants to stay in their house, that’s great, they should be allowed to stay in their house, and they should not be compelled to leave. But to say they cannot leave their house, and they’ll be arrested if they do, this is fascist. This is not democratic, this is not freedom. Give people back their goddamn freedom.”  At the time, he did more than just talk.  He continued to operate the Tesla plant in Fremont, CA, in defiance of lockdown orders, risking punishment from officials.  “So, the extension of the shelter-in-place, and frankly I would call it forcibly imprisoning people in their homes against all their constitutional rights — my opinion — and erasing people’s freedoms in ways that are horrible and wrong, and not why people came to America or built this country. What the fuck? Excuse me.”  He continued, citing the devastating effects on small business in particular.  “It will cause great harm not just to Tesla but to many companies, and while Tesla will weather the storm there are many small companies that will not. And everything people have worked for their whole life is getting destroyed in real time. We have many suppliers that are having a super hard time, especially the small ones, and it’s causing a lot of strife to a lot of people.”  Mr. Musk kept the theme up in his tweets, writing “FREE AMERICA NOW,” “Give people their freedom back!” and even “Bravo Texas!” when the Lonestar State was ahead of the curve on re-opening businesses.

Today, he owns almost a tenth of Twitter.  Further, he made the purchase in mid-March, a couple of weeks before his recent exchanges, suggesting he has a plan in mind and is not acting off the cuff.  “It does send a message to Twitter…having a meaningful stake in the company will keep them on their toes, because that passive stake could very quickly become an active stake,” explained Thomas Hayes, managing member at Great Hill Capital LLC.  In other words, big changes could well be coming soon, perhaps finally placing an incredibly important platform in modern discourse properly within the tradition of American principles of freedom of speech and expression, to all of our benefit.  Mr. Musk has the money, the clout, and the vision to make it happen.  If only there were more like him in the billionaire class.