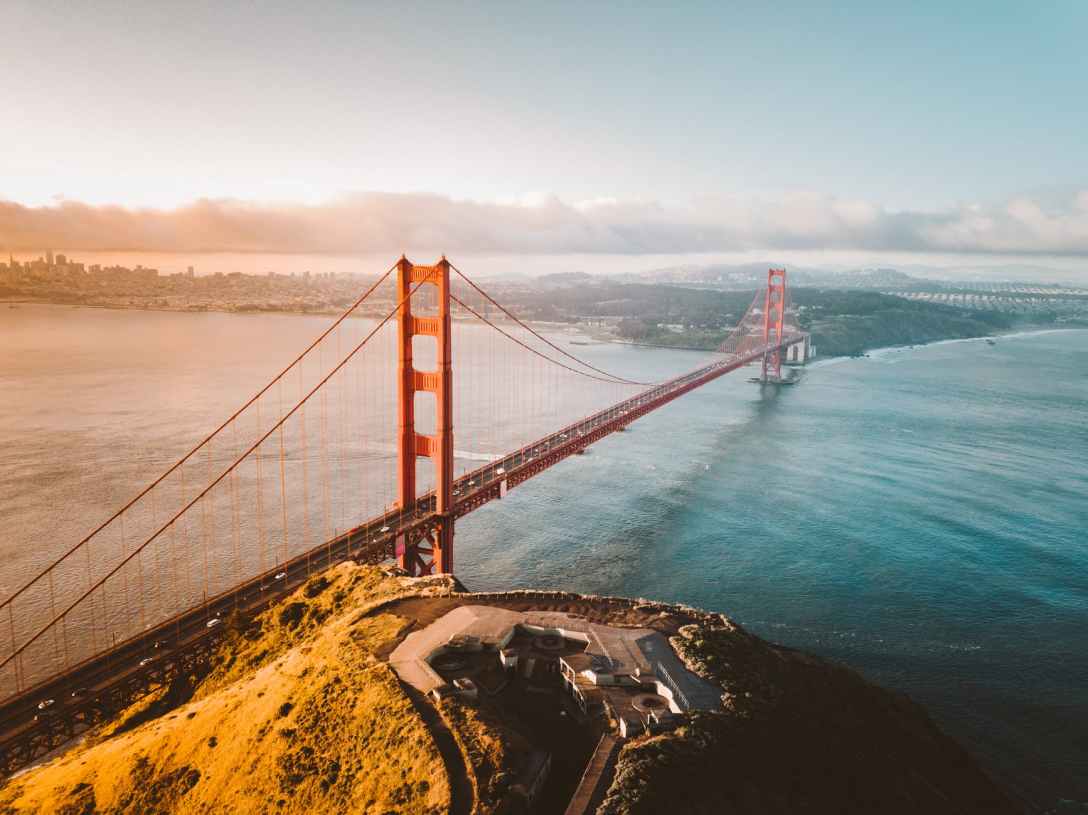 It was finally infrastructure week in Washington, DC when 19 clueless Republicans signed onto a pork laden $1.2 trillion dollar bill along with every Democrat.  Infrastructure, however, wasn’t nearly enough for the increasingly radical Democrat Party and, immediately after passing over a trillion in spending, Senate Democrats moved ahead with a massive $3.5 trillion bill on a strictly party line vote.  The most amazing thing is:  This is precisely what Democrats said they were going to do, and yet Republicans, nineteen of them including Senate Minority Leader Mitch McConnell, handed them a win on infrastructure anyway, for no discernible reason.

The result was odd to say the least, with both parties praising the bipartisanship of the first bill, then Republicans decrying the next one, all within hours.  “Today’s kind of a good news, bad news day,” explained Alaska Sen. Lisa Murkowski of Alaska, one of the negotiators on the bipartisan bill. “The good news is that today we really did something historic in the United States Senate; we moved out an infrastructure package, something that we have talked about doing for years.” The bad news, of course, is the $3.5 trillion monstrosity that came right after.  If Democrats want to “outsource domestic policy to Chairman Sanders” by passing a “historically reckless taxing and spending spree,” Minority Leader McConnell said, “we will debate. We will vote,” neglecting to mention that he was instrumental in making the vote $1.2 trillion easier, literally and figuratively paving the way.

You’re not the only one having a hard time following it.  President Joe Biden was typically clear and concise after passage of the bipartisan bill, hailing it as a historic achievement in bipartisanship, saying it got more votes than the near-legendary Interstate Highway Act under President Eisenhower.  “For the Republicans who supported this bill, you showed a lot of courage.  And I want to personally thank you for that, and I’ve called most of you on the phone to do just that.  You have — and no doubt, you will –- disagree with me on many issues.  But where we can agree, we should.  And here, on this bill, we proved that we can still come together to do big things, important things for the American people.”  He continued, “This is transformational.  I know compromise is hard for both sides, but it’s important — it’s important, it’s necessary — for a democracy to be able to function.”  In the very same speech, however, he promptly brushed the bipartisan part aside and plunged ahead.  “But, look, let’s be clear: The work is far from done.  The bill now has to go the House of Representatives, where I look forward to winning its approval.  And we have to get to work on the next critical piece of my agenda,” as in the strictly partisan piece he plans to ram through.

The President wasn’t finished yet either, careening back to  bipartisanship after extolling the virtues of partisanship, “This is a moment that lives beyond the headlines, beyond partisan soundbites, beyond the culture of instant outrage, disinformation, and conflict-as-entertainment.  This is about us doing the real, hard work of governing.  This is about democracy delivering for the people.  This is about winning the future.”  Apparently, less than 24-hours later, parliamentary tricks, partisan politics, and political games were what it takes to win the future.  House Speaker Nancy Pelosi was typically more blunt.  “I am not freelancing. This is the consensus,” she told colleagues on a Democratic caucus call.  “The president has said he’s all for the bipartisan approach … bravo! That’s progress, but it ain’t the whole vision,” she continued.  “The votes in the House and Senate depend on us having both bills.”  In other words, nice little $1.2 trillion dollar bill you  have there, it would be a shame if anything happened to it unless we get what we want.  I’d try that technique the next time you compromise with your significant other.

Amazingly, everyone in the media establishment is busy acting like this is totally normal, as if there’s nothing the least bit unusual about negotiating a bipartisan bill only to put whatever you didn’t get into a separate partisan bill, then to fight with your own party over the bipartisan bill, something that to my knowledge hasn’t occurred once in modern history.  It’s enough to give even propagandists, like CNN’s Stephen Collinson, whiplash.  These are actually back to back sentences in his “analysis” of recent developments, “The Senate passage of a bipartisan $1.2 trillion traditional infrastructure package was a huge win for Biden on Tuesday and validated his promise to try to heal bitter divides and mistrust in a nation that is politically at war with itself. A companion $3.5 trillion budget resolution focused on ‘human’ infrastructure muscled through the Senate with only Democratic votes early Wednesday morning and could reshape the economy and American society by funding home health care, community college and climate initiatives.”

Only in the minds of today’s court jester media could President Biden heal bitter divides and mistrust by muscling through a companion bill.  Back in reality, the only thing that’s been validated is that Democrats are willing to do whatever it takes to muscle through their increasingly radical agenda.  This episode reveals once and for all that they care nothing for democratic norms or established rules of behavior.  They want what they want, and they want it now, and so, suddenly, we have a new phrase “human infrastructure” to describe a $3.5 trillion spending spree, jam-packed with ineffective new government programs.  Reconciliation, the process where a bill can pass with only a majority instead of 60 votes to break a filibuster, used to be about spending and taxes.  That’s what it exists for, but now it’s magically transformed into whatever the Democrats like, which is, according to Majority Leader Chuck Schumer a “ generational transformation to how our economy works.”

The bill itself is a grab bag of disparate policies, unified only by wasting a lot of money and growing the power of government.  As such, we’re expanding federal spending on education even as the Democrat-aligned teacher’s unions shut down schools in many states for more than a year.  Yes, after witnessing the spectacle of teacher’s refusing to teach, instead focusing on bringing noxious Critical Race Theory into classrooms should they ever return, the Democrats think it’s a great idea to fund three more years of education on the public dime for every American, a year of pre-K and two of community college.  Of course, there will be no unintended consequences to the workforce as a result of that particular transformation.

Likewise, though Medicare is rapidly going bankrupt, they want to lower the eligibility age and expand benefits to include dental, vision, and hearing.  We’re already expecting a $500 billion to $700 billion deficit this decade, why not add several hundred more billion on top of it?  This is like falling behind on your mortgage and deciding the best way to remain solvent is leasing a new Porsche.  The insanity doesn’t end there, either.  There’s money for paid family and medical leave, child care, tax credits, and, of course, fighting climate change.  In total, the plan is to spend a whopping $45,000 per household, every year, forever.  Over the next ten years, we will accumulate another $14.5 trillion in debt, bringing our total debt to a staggering $39 trillion, or $300,000 per household, enough to buy everyone a Lamborghini.

Perhaps needless to say, there are an array of new taxes as part of the plan and no shortage of lies surrounding President Biden’s intentions.  He claims repeatedly that he will not raise taxes on any family making under $400,000 per year, but this is complete nonsense.  His own plan calls for the current tax rates to expire in 2025 and when that happens, everyone’s rates will be going up.  As reported by Jim Tankersley in The New York Times when Biden’s budget was first announced in June, “the documents forecast that Mr. Biden and Congress will allow tax cuts for low- and middle-income Americans, signed into law by President Donald J. Trump in 2017, to expire as scheduled in 2025.”  Some 90% of Americans saw their taxes lowered under the law; the only ones that didn’t were high earners.  Translation:  Biden and the Democrats are lying, straight to your face, repeatedly and deliberately.

Fortunately, passage of this monstrosity isn’t exactly assured.  Though clueless Republicans helped allow this to happen by alleviating $1.2 trillion worth of pressure for no reason, only to get slapped in the face by their Democratic allies the very same day, the Senate has only agreed to a blueprint in principle so far.  The specific details aren’t completed yet and there is at least some indication moderate Senators like Joe Manchin and Kyrsten Sinema aren’t entirely onboard.  Senator Manchin himself made an excellent point about this level of spending with the inflation on the rise and the economy supposedly performing wonders.  “Given the current state of the economic recovery, it is simply irresponsible to continue spending at levels more suited to respond to a Great Depression or Great Recession – not an economy that is on the verge of overheating,” he said in a statement.  There are also 9 Democrats in the House demanding a clean vote on the bipartisan bill. At the same time, President Biden and the Democrats in general, aided and abetted by a complicit mainstream media, seem hellbent on pushing this forward at any cost.  They might well offer to name a state after Manchin to get him onboard.

Ultimately, these are the times when you have to decide what kind of country you want to live in.  Nineteen Republicans, apparently, are too clueless or incompetent to be counted on, ever, happy to be publicly abused by their own colleagues while allowing this charade to continue for inexplicable reasons.  They may hem and haw about bipartisanship and getting something done, but they opened the door to what comes next, and can’t even claim they were tricked into doing it.  The plan was announced well in advance.  Everyone knew what was coming and everyone of them should face a well-funded primary opponent.

At the same time, I understand that many progressives feel these programs are important and believe in them.  You are certainly entitled to your opinion, but no “generational transformation” to our economy has ever been undertaken under reconciliation, ever.  This is entirely new territory and not the sort of thing you should be interested in exploring.  The Social Security Act passed 77-6; Medicare 68-21; even the much-maligned Affordable Care Act had 60.   If you truly care about democratic norms and authoritarianism, this is your moment.  If the Democrats proceed with your support, they will have to answer for what is unleashed.  I assure you reconciliation and partisan “muscle” will not be forced back in the bottle.  Things will only get worse from here.  This is just the beginning.

1 thought on “The Infrastructure Scam: Clueless Republicans and increasingly radical Democrats make for a toxic mix”