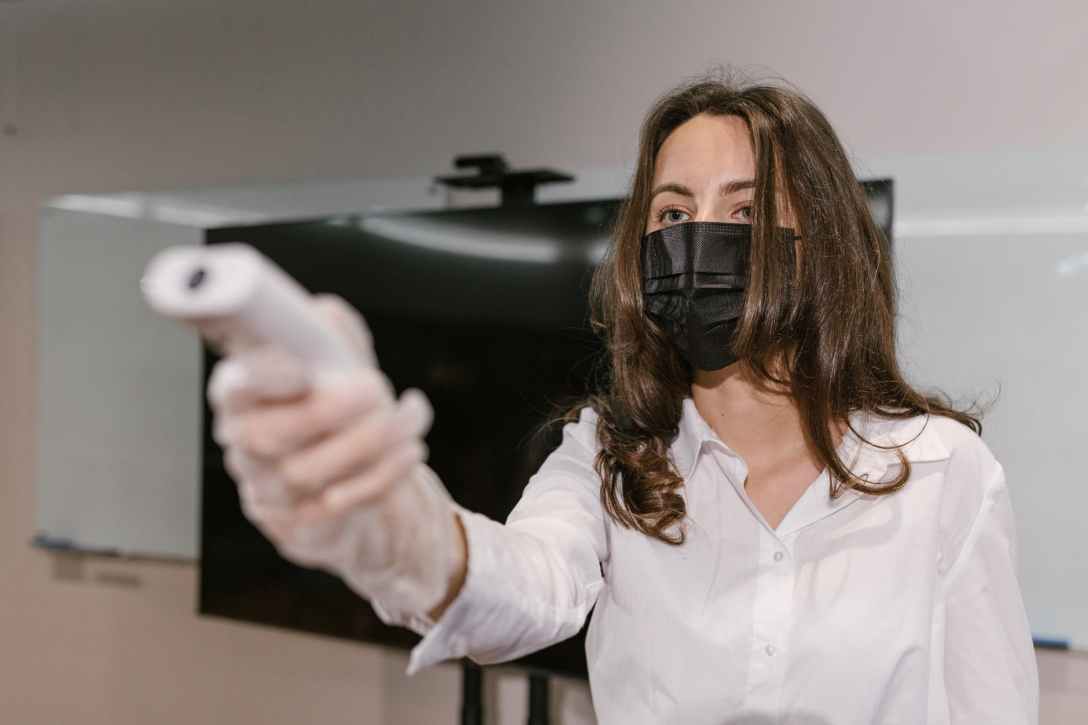 A new study from Johns Hopkins completely destroys the narrative that the lockdowns and other punitive measures were effective tools to save lives during the pandemic.  Once upon a time we were told millions were saved, but now we are learning they did more harm than good even if the media and public health establishment is refusing to acknowledge the truth.

In June of 2020, Dr. Anthony Fauci made bold claims about the efficacy of Non Pharmaceutical Interventions (NPI), colloquially known as lockdowns, in fighting the pandemic.  He told the Department of Health and Human Services “Learning Curve” podcast, “if you look at the data, now that papers have come out literally two days ago, the fact that we shut down when we did and the rest of the world did, has saved hundreds of millions of infections and millions of lives.”  At the time, Dr. Fauci was referring to a study by a team at the University of California, Berkeley published in the journal Nature that found there would’ve been 465 times as many cases in China and 14 times more in the United States, some 530 million worldwide, without the lockdowns.  “I don’t think any human endeavor has ever saved so many lives in such a short period of time,” the lead author of the study, Solomon Hsiang, the director of Berkeley’s Global Policy Laboratory, explained in a statement. “There have been huge personal costs to staying home and canceling events, but the data show that each day made a profound difference.”  The claim was suspect even then. The study was based on a model from economics, not actual data. The first wave wasn’t even over yet, the death toll was still being counted, cases spiked almost immediately thereafter, and have been coming in waves for the past year and a half.

Finally, after almost two years, researchers at Johns Hopkins have tried to definitively determine how many lives were actually saved by actually analyzing the data from around the world instead of modeling it.  The new study began by looking at over 18,000 other studies to identify research robust enough to measure the impact.  A three-part screening process was used to find over 30 suitable studies, arranged by the stringency of the lockdown implemented, whether shelter in place (SIP) orders were used, and other NPI measures.  The conclusion is nothing short of stunning, the kind of thing that makes you question everything you’ve been told throughout the entire pandemic.  The “lockdowns in Europe and the United States only reduced COVID-19 mortality by 0.2% on average. SIPOs were also ineffective, only reducing COVID-19 mortality by 2.9% on average. Specific NPI studies also find no broad-based evidence of noticeable effects on COVID-19 mortality.” These results, at a glance, completely contradict the earlier, far less rigorous studies, and strongly suggest that the lockdowns were the biggest policy error in the entire history of the known universe.  I am not exaggerating in my choice of language, bold as the words may be. We destroyed American society to save two tenths of one percent.

This new study was initially prompted by a simple observation:  The earliest models of the impact of the lockdowns on coronavirus mortality promised huge results.  For example, the infamous Imperial College of London study predicted a 98% decrease in deaths.  Likewise, the earliest studies, such as the one from Nature mentioned above, also showed big benefits, “across all countries and U.S. states that we study, the growth rates of daily deaths from COVID-19 fell from a wide range of initially high levels to levels close to zero within 20-30 days after each region experienced 25 cumulative deaths.”  The reality the authors from Johns Hopkins witnessed, however, was far from it.  As they note, by the summer of 2020, “we would have expected to at least observe a simple negative correlation between COVID-19 mortality and the degree to which lockdowns were imposed,” but no such trend was apparent.  Instead, there was no correlation whatsoever between the stringency of the lockdown protocols and the overall mortality.  While evaluating the studies to include in this meta-analysis, the authors looked closely at the conclusions compared to the evidence presented.  In many cases, they found a surprising disconnect.  For example, a 2020 study claimed that social distancing measures have “proved effective in controlling the spread of [a] highly contagious virus,” but the actual efficacy was 2.4%, likely within the margin of error.  Another study in 2021 claimed that “less stringent interventions increase the number of deaths, whereas more severe responses to the pandemic can lower fatalities,” but they relied on a stringency measure that guarantees less deaths for certain values.  In other words, the results were baked in by the mathematics they used, inevitable based on their own formula.

Before they began, the authors at Johns Hopkins assigned quality metrics to the selected studies.  This included whether the study was a peer reviewed or working paper, the duration of the time studied, ensuring there was an adequate lapse between the implementation of the policy and the analysis of the results, whether the study was conducted in the social sciences or outside it, and the use of the measurements of excess deaths or deaths attributed directly to coronavirus.  After applying these metrics, the authors found very minimal impacts across the board.  In addition to lockdowns reducing mortality by a paltry .2% on average, shelter in place orders showed “no clear evidence” of a “noticeable impact on COVID-19 mortality” unless the study used a short timeline and didn’t cover a complete coronavirus wave.  Incredibly, they noted these orders actually increased, not decreased, mortality by 2.9% in some cases, attributing this to “the result of an (asymptomatic) infected person being isolated at home under a SIPO can infect family members with a higher viral load causing more severe illness.”  The results were similar, but less conclusive when they considered other interventions like business closures and mask mandates.  In their own words, “We find no evidence that lockdowns, school closures, border closures, and limiting gatherings have had a noticeable effect on COVID-19 mortality. There is some evidence that business closures reduce COVID-19 mortality, but the variation in estimates is large and the effect seems related to closing bars. There may be an effect of mask mandates, but just two studies look at this, one of which one only looks at the effect of employee mask mandates.”

In other words, not a single one of these policies was nearly effective as advertised, not even close.  Most weren’t effective at all, and some even produced the opposite effect.  Despite this, some of these policies still lumber on, zombie like almost two years later, and many public health experts continue to promote them as clearly effective.  Perhaps even worse, the authors note that the World Health Organization knew this based on analysis of similar measures undertaken in 1918 during the Spanish Flu.  In a report published in 2006, the organization concluded “Reports from the 1918 influenza pandemic indicate that social-distancing measures did not stop or appear to dramatically reduce transmission […] In Edmonton, Canada, isolation and quarantine were instituted; public meetings were banned; schools, churches, colleges, theaters, and other public gathering.”  Somehow, however, these failed policies were recycled thanks to a high school science experiment and enthusiastically embraced by public health experts such as Dr. Anthony Fauci, who proceeded to make false claims that they saved millions of lives.

These claims were usually made with some grudging acknowledgement that there were associated costs.  Sometimes these acknowledgements were so grudging they were attributed to someone else.  For example, Dr. Fauci on the “Learning Curve” podcast.  “I mean, people get confused. And they say, ‘Wow, you know, we shut down and we caused a great disruption in society. We caused great economic pain, loss of jobs.’”  This alone is shockingly flippant considering the United States economy contracted by almost a third, 31.4% to be precise, in the second quarter of 2020.  This decline was more than three times the previous record in 1958, meaning no depression ever strangled the economy like the lockdowns.  To this day, only six states have recovered all the jobs lost, Utah, Idaho, Texas, Montana, Georgia, and Arizona.  Millions of jobs seem to have been eliminated forever, or at least for the foreseeable future.  America’s students also fell behind dramatically.  A study from McKinsey found five months in mathematics and four months in reading on average, even worse for disadvantaged communities.  “The pandemic widened preexisting opportunity and achievement gaps, hitting historically disadvantaged students hardest. In math, students in majority Black schools ended the year with six months of unfinished learning, students in low-income schools with seven. High schoolers have become more likely to drop out of school, and high school seniors, especially those from low-income families, are less likely to go on to postsecondary education.”  UNICEF estimates that $17 trillion in lifetime earnings has been lost, almost 15% of today’s global GDP.  Of course, lives were lost to drug addiction, suicide, and a massive murder spike.

Johns Hopkins’ own Dr. Marty Makary (not an author of the study) puts these numbers in perspective, comparing the .2% reduction in mortality with the overall excess mortality.   “Now compare that number, which turns out to be about 1,800 individuals, to the number of non-COVID deaths, what we call the ‘excess non-COVID mortality’ in the United States…It was 124,000 excess deaths in year one. So, over two years, it was about a quarter million people who died. Many many scientists have now begun to peel back this number.”  Meanwhile, 60,000 to 70,000 died from substance abuse alone, the rest from deferred treatment for cancer and other life threatening conditions and suicide.  Think about that for a moment:  We might well have killed more people than we saved, doing the precise opposite of what we set out to accomplish.

One would think the publication of this fact would be huge news, if only to prevent these strategies from ever returning in the future, but Johns Hopkins itself didn’t even put out a press release to support the study and many major media outlets haven’t covered it all.  To my knowledge, no one has asked Dr. Fauci to respond either, though the study directly contradicts his earlier claims and places doubt on this entire response to the pandemic.  Ultimately, a reckoning needs to be had and those who pushed these disastrous policies need to be banished from positions of any authority.  They are responsible for disrupting millions of lives while saving a mere handful.  Even worse, it’s not as if the limited efficacy and dramatic collateral damage wasn’t known almost immediately.  The Great Barrington Declaration urged an alternative approach, focused exclusively on protecting high risk groups instead of broader measures like lockdowns, as early as October 2020.  For their trouble, the authors were smeared as killers.  To this day, the Wikipedia page claims the strategy was “dangerous and lacks sound scientific basis.”  Well, pot meets kettle, as they say.