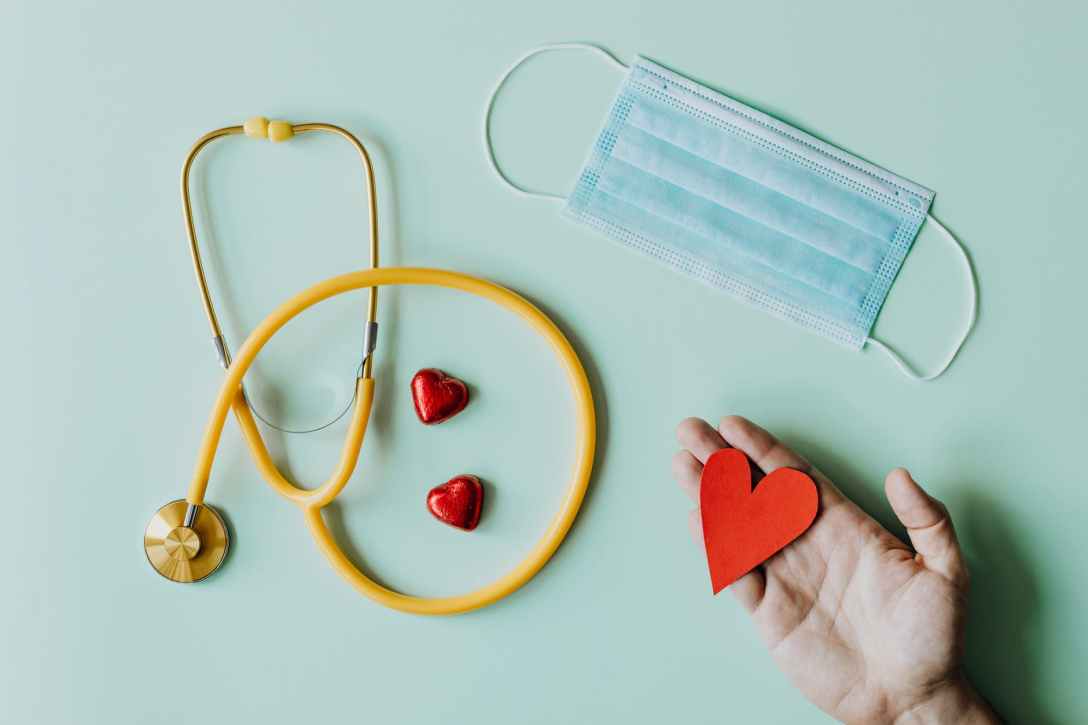 The data isn’t good for the lockdown proponents, if it seems like we’re stuck in a bad high school science experiment, that’s because we are, it’s time to stand up for freedom

Another holiday, another opportunity to shame Americans.  Christmas trees are still up in three quarters of the country, but CNN is already searching for the Christmas surge.  In their opinion, too many Americans traveled this season.

“More than 1.1 million people were screened at airports on Saturday, according to the TSA, marking the third busiest day for US air travel since March. More than 616,000 were screened on Christmas Day alone, and hundreds of thousands more traveled in the days leading up to the holiday.”

The good Dr. Fauci told State of the Union this very morning, “We very well might see a post-seasonal — in the sense of Christmas, New Years — surge,” citing holiday travel and private gatherings taking place against the wishes of the experts.  The doctor continued to describe the potential rise in cases as a “surge upon a surge.”   He explained, “If you look at the slope, the incline of cases that we’ve experienced as we’ve gone into the late fall and soon to be early winter, it is really quite troubling.”

Apparently, no one in the mainstream media or the experts are troubled by the two things most troubling to me:  The lack of interest in determining whether or not the lockdowns actually work, and the callous disregard for our basic freedoms, the charade that there’s no cost to suspending the Bill of Rights and that the Bill of Rights doesn’t exist to protect us from exactly this situation.

First, we’re now in month ten of 15 days to slow the spread, and the experts are still recycling the same talking points without any actual analysis or measurement of the impact of their untested policies.

CNN used almost the exact same language after Thanksgiving, quoting Los Angeles County Public Health Director Barbara Ferrer, who feared a surge upon a surge.  “The issue right now is what we call the Thanksgiving surge.  We had a surge, and now we have a surge on top of a surge, and it’s really hard for us to calculate exactly what we’re going to see in the next week or two.”

Meanwhile, the 7 day rolling average of coronavirus case positivity rate dropped measurably between Thanksgiving and Christmas, peaking at 11.8% on December 12 and declining to 10.3% on December 26.  The virus continues to spread as infectious diseases do, but clearly there has been no surge upon a surge if you actually look at the numbers.

Instead, the United States and most of the Western world remain trapped in a bad high school science experiment.  I mean that literally.  While the mainstream media and the experts continue to act like lockdowns and other restrictions on freedom of movement and association are a proven strategy for controlling pandemics, the idea first originated with the daughter of a scientist at Sandia National Laboratories less than twenty years ago.

The student, Laura M. Glass, was 14 years old at the time.

The Albuquerque Journal reports, “Laura, with some guidance from her dad, devised a computer simulation that showed how people – family members, co-workers, students in schools, people in social situations – interact. What she discovered was that school kids come in contact with about 140 people a day, more than any other group. Based on that finding, her program showed that in a hypothetical town of 10,000 people, 5,000 would be infected during a pandemic if no measures were taken, but only 500 would be infected if the schools were closed.”

Somehow, this completely untried strategy was adopted by the CDC during the George W. Bush administration. The plan was proposed by two federal government doctors, Richard Hatchett and Carter Mecher.  Though it was met with ridicule and stiff opposition at first, suspending freedom itself became the agreed upon playbook for confronting a pandemic, and being the agreed upon playbook, we are saddled with it indefinitely, regardless of whether or not it actually works.

One of the first references to “social distancing” in the mainstream media occurs in the New York Times on February 12, 2006.  “If the avian flu goes pandemic while Tamiflu and vaccines are still in short supply, experts say, the only protection most Americans will have is ‘social distancing,’ which is the new politically correct way of saying ‘quarantine.’  But distancing also encompasses less drastic measures, like wearing face masks, staying out of elevators — and the [elbow] bump. Such stratagems, those experts say, will rewrite the ways we interact, at least during the weeks when the waves of influenza are washing over us.”

The authors were unaware that weeks would quickly turn into months, and some would be pushing for years.

They were also likely unaware that, throughout it all, any attempt to question or even measure the efficacy or consider the unintended consequences would be immediately branded as blasphemy.  Though science is fundamentally about comparing our expectations of an outcome with the reality of the outcome, the scientific method has been completely suspended for analyzing the lockdowns.

For example, Florida has been effectively open for three months.

WINK News reported on December 15 that some were flocking to Florida because of the light restrictions.  “In Florida, there is no statewide mask mandate. There are no restrictions on restaurants, and the governor says restaurants will stay open.”  WINK quotes Florida Governor, Republican Ron DeSantis, “We just want to send the message, you know, some may want to shut you down.  We want to pull you up. We’ve got your back.”

Florida’s 7-day rolling average of case positive rate is 9.1%, significantly lower than the national average.  By contrast, California is currently under some of the harshest restrictions, with even outdoor dining shut down in LA County, and their rate is 11.3%.  Florida ranks 20th in deaths per capita.  New York, New Jersey, Massachusetts, Illinois, and Michigan, all with significantly more restrictions rank higher.

The truth is:  To date, the scientists and experts have been unable to prove that lockdowns actually work as advertised.

The Pittsburgh Post Gazette reported in October “Where most of the simulations and studies supporting lockdown efforts relied on the best available testimony by infectious disease experts, tracking the daily spread of COVID-19 through various lockdown and reopening measures has provided empirical data.  Despite modelers’ predictions and protestations, such data indicates surprisingly little correlation between lockdowns and flattening the COVID-19 curve, according to a variety of researchers.”

They also noted this little nugget:  “At least one study posted to the open access journal EClinicalMedicine argued that a country’s level of obesity and GDP was a far better predictor of COVID-19 spread than whether an area locked down.”

The Blavatnik School of Government at the University of Oxford analyzes variation in government responses to COVID-19.  The graph below shows their Response-Risk Ratio for March and May.  The countries above the line implemented more stringent restrictions, the countries below the line were more lax.  The number of cases is illustrated with dots, the more cases, the further to the right.

There is an even sadder, underlying truth:  Even if the lockdowns were a smashing success, there are offsetting costs and unintended consequences that are just as rarely discussed.  Lockdowns aren’t free and the suspensions of our freedom have a price, short term and long term.

For example, Spiked.com reports that Britain has experienced its worst recession since 1709.  Yes, you read that right, SEVENTEEN-o-nine when a Great Frost hit over 300 years ago.  The World Bank likewise estimates that 150,000,000 people will fall into extreme poverty.  Ironically, healthcare outside of coronavirus will also be affected.  The number of Brits waiting for routine hospital care has increased a hundredfold from 1,613 to over 160,000.  Worldwide tuberculous deaths are expected to rise from 1.4 to 1.7 million people.

There’s another cost as well:  Freedom, that most cherished of our birthrights.  Millions have died for it, and yet our elites seem to believe it can simply be wished away by fiat.  In some quarters, freedom itself has become a dirty word, but, much like they refuse to acknowledge the full impact of the lockdowns, they also refuse to accept why people need to be free.

We’re witnessing a classic case study right now:  Ten months later, the experts have been wrong at almost every conceivable turn.  From downplaying the virus in January and February, to locking us down in March while telling us not to wear masks, to claiming it was impossible to develop a vaccine in less than a year.

Freedom exists to prevent them from forcing their will on us any further.  It is the last line of defense against a ruling class run amuck, egregiously wrong, continually doubling down on their failed policies.  This is why we have a Bill of Rights, why we are free, and why it is essential.

This is the way the establishment thinks.  In their own righteousness, they completely miss the point.  The point is to prevent the government from doing whatever it wants, just look at the worldwide results we are experiencing right now and tell me honestly that freedom isn’t a better alternative. Even today, in China, in Russia, in parts of Africa and Latin America, much of the world lives in a constant state of tyranny.  The Global Slavery Index estimates that there are 40.3 million slaves in the world right now.

Why are we busy creating more for an unproven, unsuccessful strategy now known to be an abject failure?

The facts are in and freedom wins.  The Founders were right.  Let’s hope 2021 is a year of rediscovering the benefits of a free people acting in their own best interests.