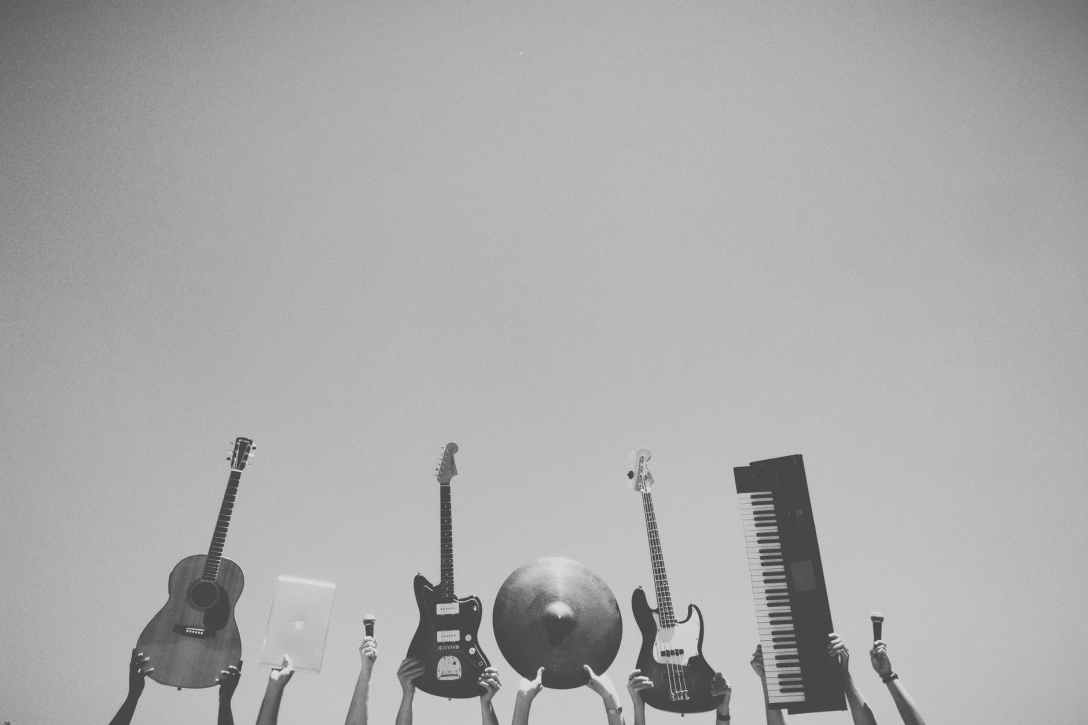 “There’s too many outlaws trying to work the same line” enters the lexicon as one of the Boss’s most timeless lyrics, especially in this era of endless politicization of everything including Bruce himself

Full disclosure:  I’ve been saying since at least 2002 that Bruce Springsteen will be remembered as much more than one of the great rock stars of his era, predicting that he would instead be part of the pantheon of the greatest composers and musicians of all time.  As I frequently put it, a hundred years from now it will be Beethoven, Bach, Springsteen.

Therefore, it should come as no surprise that I’m a fan of his new album, Letter to You, released on October 23.  I was also a fan of his ode to 60’s California pop, Western Stars, from 2019, and, before that, the somewhat recycled High Hopes, the folk-rock Wrecking Ball, and the real rock Working on a Dream and Magic as well.

I confess that I find something interesting in just about everything he produces.

Therefore, the real question confronting a new album is always:  Where does Letter to You rank among the hard-working rocker’s other 19 studio albums?

After all, Springsteen isn’t exactly new to the scene.  The legendary songwriter and performer turned 71 in September, and the equally legendary E-Street Band isn’t getting any younger either — with the exception of Jake Clemons, who replaced his deceased uncle, the Big Man, Clarence Clemons.

It’s a sad but fact true:  Most rock stars produce little of note after 30, much less 70.  Bruce has been the exception to that rule, but did The Boss and his band really have another classic left in the tank?

After living with the album for a couple of months, the answer is a resounding yes.  It’s certainly Bruce’s best overall effort since at least 2002’s The Rising if not 1984’s massive selling Born in the USA.  Aside from the gifted song writing and musicianship on display, there is an unmistakable energy and defiance throughout the album that has marked Springsteen’s best work since his debut in 1973.

Defiance continues to be an underrated aspect of Bruce’s appeal, more on that below, but it remains an ever present part of his work.  The uniquely human ability to stare straight into the impenetrable darkness and injustices in the world, and say simply:  Fuck you, do your worst.

The classic, searing rocker Badlands from 1978’s Darkness on the Edge of Town is a perfect early example:

Similar themes run through classics such as No Retreat, No Surrender and Dancin’ in the Dark:

Lesser known tracks from more recent albums like Wrecking Ball pick up on variations of the premise, lyrics like “bring on your wrecking ball” from the title track itself, and Easy Money:

There’s nothing to it mister
You won’t hear a sound
When your whole world comes tumbling down
And all them fat cats, they’ll just think it’s funny
I’m goin’ on the town now, lookin’ for easy money

There are other, almost countless examples from Springsteen’s lengthy catalog, but the common thread is a rage against the dying of the light.  Whatever the character’s specific situation, and it’s clear none of them are in a particularly positive scenario, the reaction is to pick up where Dylan Thomas left off and “Do not go gentle in that good night.”

Letter To You refreshes these themes by considering characters that are generally older, forced to watch their family, friends, loved ones, and colleagues pass as time goes on.  The sense of personal loss permeates almost every song, from One Minute You’re Here, to the letter from the title track that never receives a response, to Last Man Standing, House of a Thousand Guitars, and the instant classic, Ghosts (a hard rocker I am confident no other man his age has ever produced).

Throughout it all, the loss is real, even haunting at times, but that’s not the end of it.  In Ghosts for example, the singer can feel the spirit of a former bandmate in the night, hear his boots clicking down the hall:

It’s your ghost moving through the night
Your spirit filled with light
I need, need you by my side
Your love and I’m alive

Rather than meditate on the reality of his friend’s passing, however, Bruce screams:

Ultimately concluding that he will make his vows “to those who’ve come before” and “let the spirits be my guide,” but it’s not time yet to “meet you, brother, and sister on the other side.”

While the lyrics speak for themselves, the overall effect is even more unmistakable in musical form.  The verse is built around one of Bruce’s heavier guitar riffs, literally pounding each word out, before the chorus explodes in a triumphant arrangement.

The use of contrasting music to add complexity to the underlying theme is a trick that Bruce has used to great, often misunderstood effect before.  Born in the USA is the classic example.  On the surface, it’s about the horrors of the Vietnam war, a veteran returns home after losing his brother, and learns the country doesn’t really want him back:

Come back home to the refinery
Hiring man says, “Son if it was up to me”
Went down to see my V.A. man
He said, “Son, don’t you understand”

The lyrics alone do not make a song, however, anymore than a movie is a screenplay.  In the case of Born in the USA, the energy and the defiance in the chorus is unmistakable, and any anti-American sentiment is turned into an anthem whatever the actual lyrics.  There’s no doubt that the flag is being waved proudly and defiantly to the booming chords, regardless of — or even because of — the character’s story.

I mentioned earlier that defiance is an underrated aspect of Springsteen songs.  Bonnie Stiernberg, writing for InsideHook, makes the point for me unintentionally in a recent article about how Bruce is an icon for “non-toxic masculinity.”

Ms. Stiernberg writes, “It’s astounding how, so many years later, some men who claim to be Springsteen fans have so gravely misinterpreted him. ‘Born in the USA’ is the obvious example, embraced by the right as a flag-waving anthem (most recently by the Trump campaign) when it is in fact a searing criticism of war, poverty and the way our country abandons its veterans. Chris Christie, whose beliefs are polar opposite of Springsteen’s, claims to be a superfan. But it’s not just his political views that get overlooked or twisted; there’s a very specific type of macho guy who has somehow missed the point who loves to yell ‘Bruuuuuuuuuuce’ and latches onto the Boss because he sings about cars and girls and looks the part.”

Ms. Stiernberg continues “there’s half a century of music — much of it heartbreakingly sad, all of it written with an earnestness and sensitivity that flies directly in the face of whatever wrongheaded ‘stiff upper lip’ ideas about manhood his father tried to instill in him.”

It’s enough to make you wonder if Ms. Stiernberg is listening to the same songs, but therein is one of the things that makes a great artist.  At this best, Springsteen doesn’t preach.  There’s a complexity to the characters, the narrative, and the relationship to the music itself that defies easy classification.

In one sense, Ms. Stiernberg is correct.  Bruce does write songs that are heartbreakingly sad, and he does have an unmistakable earnestness and sensitivity to him.  Bruce isn’t Hamlet, however, stuck forever contemplating the vagaries of fate.  Bruce is fundamentally a doer, and his characters ultimately embrace a “stiff upper lip” stoicism that is classically masculine.

Even in his simpler love songs, like Tunnel of Love, the title track from his 1988 album, “you’ve got to learn to live with what you can’t rise above.”  In his darkest moments, like the spare, stark Atlantic City, the desperate character still tells his girlfriend to “put your makeup on and fix your hair up pretty, meet me tonight in Atlantic City.”  Flashforward almost thirty years and Bruce is still Workin’ on a Dream in 2009:

What could be more classically masculine than that, straightening your back and working on a dream?

Alas, I fear Bruce has become such an institution that it’s only natural for groups to try to twist his complex body of work into a political straight jacket, especially these days.  Like so many other cultural topics, Ms. Stiernberg’s argument seems to boil down to:  You can’t really like Bruce Springsteen if you’re a conservative, or even if claim to like him, you still don’t really understand him.

Art should be way upstream of politics, however, and as the Boss himself sings in If I Were a Priest, there’s already too many outlaws working that same line.  Instead of preaching political screeds about one of our era’s foremost artists, we should all just enjoy the gift of the album, a bright spot in a universally challenging  year.

Ultimately, no artist Bruce’s age has ever produced anything with the same level of energy, enthusiasm, and all round fire as Letter to You.  There might not even be two back-to-back songs as ridiculous as If I Were a Priest and Ghosts on any earlier album, or any album by another artist, ever.  It’s that good, almost like he’s challenging us to buck up and carry on with a stiff upper lip of our own.