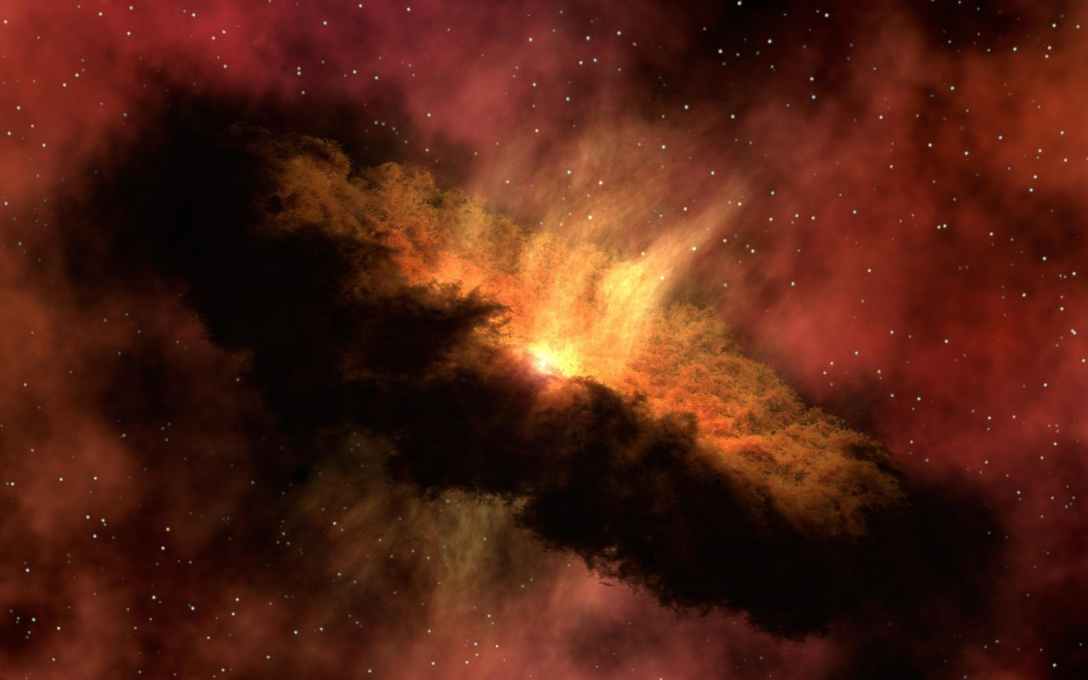 The Canadian power trio’s fourth album was a turning point in their career and their most commercially successful effort at the time. It is also perhaps their most prophetic.  Long before our digital age, 2112 is a story of a world controlled by computers, where creativity and individuality is crushed by an all powerful government, and music itself doesn’t truly exist.

So begins Rush’s seminal concept album, 2112.  Released on April 1, 1976, the 20-odd minute track and the album itself, rounded out by five additional songs on the “B” side, marked a milestone in the legendary progressive rock band’s career.  This was their official transition from early 70’s inspired, Led Zeppelin-like hard rock to the more innovative and progressive sound they would perfect with “Tom Sawyer,” “Limelight,” “Red Barchetta,” and many other classics.  It was also a make or break moment for the young band:  Their previous three efforts, Rush, Fly By Night, and Caress of Steel, earned them a small cult following, but hadn’t performed as well as the record company would’ve liked.  Coupled with poor reviews and declining ticket sales, the record company threatened to drop the band and wanted the trio of Geddy Lee, Neil Peart, and Alex Lifeson to craft shorter, more radio-friendly songs, but thankfully for us all, they decided to throw down the gauntlet and release a complex, 20-minute science fiction masterpiece.

As Mr. Lifeson described it, “I remember having these conversations about, ‘What are we going to do? Are we going to try to make another mini-Led Zeppelin record or are we going to do what we are going to do and continue forward and whatever happens, happens?’…We fully intended to go down in flames but we were prepared to do that.”  The band members were quickly proven correct in pushing ahead with this daring effort:  Upon its release, 2112 received their most favorable reviews to date and almost immediately outsold their previous albums, peaking at number five on the Canadian Albums chart and 61 on the US Billboard Top LPs & Tapes.  Rush embarked on a tour of Canada, the United States, and Europe for the first time to support the release.  All told, it sold some 3,000,000 copies in the US, is listed on the 1001 Albums You Must Hear Before You Die, and ranked second in Rolling Stone’s readers poll of Your Favorite Prog Rock Albums of All Time.  At the same time, when you consider the source material, the density and diversity of the music, and the galaxy-spanning tale the song tells, the success of 2112 was certainly not assured.

To my knowledge, there aren’t many albums that credit the “genius of Ayn Rand” or that take cues from the work of the objectivist philosopher in the liner notes. 2112 is deep and heady stuff whatever your political persuasion, combining a sweeping story and prophetic lyrics with brilliant musicianship:  In the distant future, the galaxy is ruled by the Solar Federation, whose priests rely on computers to manage the “brotherhood of man” with “equality their stock in trade.”  These priests take care “of everything, The words you hear, the songs you sing, The pictures that give pleasure to your eyes.”  Art, creativity, and individuality itself are outlawed as the Solar Federation enforces a “nice contented world.”  Against this backdrop, a young man finds a guitar in a cave.  He has no idea what it is, saying “what can this strange device be,” but he quickly discovers that it creates music, “When I touch it it gives forth a sound, Its got wires that vibrate and give music.”  The young man quickly becomes enamored of the power of song, how the guitar “sings like a sad heart” and “joyously screams out its pain” through “Sounds that build high like a mountain” or “notes that fall gently like rain.”

Unfortunately for him, the young man is also dangerously naïve.  He believes that the priests themselves will rejoice in his discovery, what he describes as “an ancient miracle” and one which he thinks can benefit the entire world, but when he brings the guitar before them he learns music has been intentionally censored and suppressed.  “Yes, we know, It’s nothing new, It’s just a waste of time,” the priests inform him, backed by a pounding instrumental.  “We have no need for ancient ways.”  The guitar is merely “another toy, That helped destroy, The elder race of man” and “it doesn’t fit the plan.”  The young man is dumbstruck.  “I can’t believe you’re saying, These things just can’t be true, Our world could use this beauty, Just think what we might do.”  The priests are unmoved however, destroying the guitar and exiling the young man from their presence, asking “Just think about the average, What use have they for you?”

The young man returns home and has a strange dream about the elder race of man.  He awakes, despondent and alone, only to end his own life.  Inspiring or uplifting it certainly isn’t, yet there is something compelling about the young man’s struggle against conformity and his faith in the power of music even though it was a recent discovery for him, one which ultimately results in his own suicide.  You get the sense that the music is still out there in this dystopian world, waiting for someone else to discover it at some indefinite point in the future, and perhaps that person will be strong enough to lead the revolution.  Otherwise, there is a beauty and a tragedy to the transformative nature of music and art, one that becomes all too real as you listen to the song.  The priests are backed by pounding, almost industrial sounds, clearly suggestive of their dominance and malevolence.  The young man is supported by softer, sometimes acoustic melodies, creating a contrast that makes the fundamental conflict real even if there were no accompanying words.

When 2112 was released in 1976, however, computers were a largely unknown quantity, a curiosity more than an ever present part of most people’s lives.  The fact that they might run the entire world one day was by no means obvious or assured, turning the song into something of a prophecy 46 years later.  Today, technology infects everything in ways both seen and unseen.  It is the primary means of both our work and much of leisure.  It works behind the scenes in the cars we drive and the planes we fly in, controlling these machines far more than most people realize to the point where the gas pedal is no longer directly linked to the engine, anymore than the steering is the wheels in most modern cars.  It manages just about every aspect of a modern business, from manufacturing to inventory to shipping to accounting.  When Amazon Web Services go down, thousands of businesses and millions of individual operations cease functioning entirely.  There is no workaround or back up plan.  Computers are the plan.

More insidiously, it facilitates almost all of our communications for both business and pleasure, connecting the world even as a small number of companies control the entire process.  These companies now have the power to monitor and manage what we say, and ultimately what we think.  This was unimaginable in 1976, but it’s reality today:  Facebook and Twitter, among others, have complete authority to shut down your speech, ban you from their platforms, and consign you to the backwaters of culture.  Amazon, Apple, and Google also have complete control over what apps you can access on their devices and through their stores, even what sites or apps you can build on their servers in the first place.  So far, the courts have ruled that your fundamental rights do not apply in their sphere.  Your individuality and creativity, your freedom of thought and association, your music if you will, do not exist unless they deign to allow it.  Personally, I believe this situation is unsustainable, but also think neither the companies nor the government will let go of this power willingly or easily.

This incredible rise of computers has had another, perhaps even more insidious, application:  It has empowered and given rise to a new era of technocratic governance, where an entire class of people has come to believe they can model the future, make predictions, and manage our lives, just like the priests of the Temple of Syrinx.  Computer models that are treated like the crystal balls of yore are ubiquitous now.  Whether or not they are rarely accurate in practice, they are purported to predict the future of everything:  The pandemic, the economy, the social sphere, even our collective behavior over time.  This is true even as the underlying working of these models remains incredibly opaque and rarely published in public for analysis.  Regardless, the media, the government, and other experts present their output as fact, using it to justify their plans, which more often than not require the populace to cede them even more power and give up even more freedom.  These models are so pervasive, they are now being used to  justify major changes to the very structure of our republic.  For example, Stephen Marche, writing for The Guardian, openly cites projections by the University of Virginia that claim 30% of the population will control 68% of the Senate and eight states will contain half the population by 2040.  They project this even as the population of progressive states is declining right now and might well accelerate, meaning no one knows what the population will look like 20 years in the future, whatever some model says.  That simple fact, however, doesn’t prevent Mr. Marche’s conclusion that our system of government is outdated and no longer viable.

This trend has given rise to a new word, clearly imagined by Neil Peart in 2112:  Technocracy.  Technocracy is a form of government where the decision makers are chosen based on their purported expertise.  This notion is at odds with traditional representative democracy, where officeholders are elected by the people to make decisions on their behalf.  The application of technocracy to our government is relatively new, but the idea goes all the way back to Plato and his conception of a government run by benevolent Philosopher Kings, empowered to manipulate the populace as they saw fit to ensure a smoothly functioning society.  In Plato’s world and in all subsequent notions of government by the experts, the people have no rights, their freedoms exist entirely at the government’s whim and the technocrats’ belief in what is best.  Your individuality can be crushed at any time if they, in their infinite wisdom, felt it was in society’s interest.

Today, we have the computers, the technocrats control key aspects of our lives, and are armed with models showing why they should control much more.  In short, a true Temple of Syrinx is not far off, even if it takes a while for them to actually outlaw music and smash your guitar.  Can you get more prophetic for a masterful song written in 1976?  It certainly doesn’t hurt that the music and musicianship are nothing short of brilliant, either. Neil Peart succumbed to brain cancer two years ago, but his legacy lives on, echoing through the ages.

1 thought on “2112: Revisiting Rush’s prophetic masterpiece in the age of computers and the technocracy”