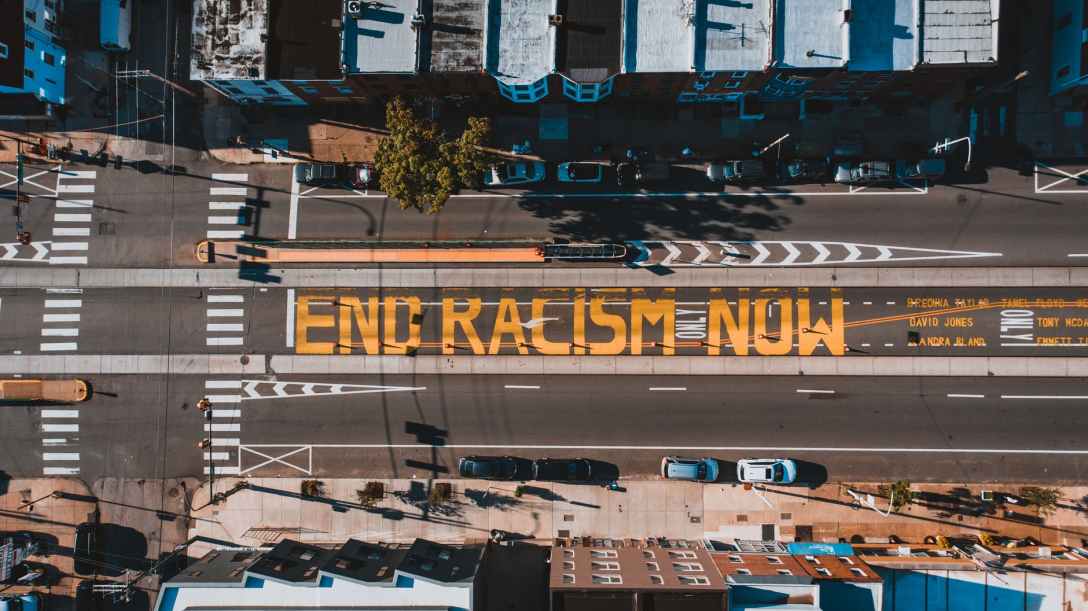 Acronyms aren’t the only thing, either.  Have you ever been a perfectionist?  Exhibited a sense of urgency?  You might be a white supremacist.  How an absurd paper from 20 years ago still influences concepts of racism today.  Perhaps, it would be easier if they told us what wasn’t racist and we can work from there.

In 1999, Tema Okun published a paper on “white supremacy culture” for www.dismantlingracism.org.

Though a white person herself, Ms. Okun has been active in the “social justice community” for years as a “skilled and experienced facilitator, bringing both an anti-racist lens and a commitment to supporting personal growth and development within the context of institutional and community mission.”  While you might be as confused as I am about what that actually means, her paper provided a “list of white supremacy culture that show up in our organizations.”

She believed these characteristics are “damaging because they are used as norms and standards without being proactively named or chosen by the group.  They are damaging because they are white supremacy thinking.”  Further, “these characteristics show up in the attitudes of all of us,” white and minority alike, because, you guessed it, we live in a “white supremacist culture.”

What are these damaging characteristics you ask, foisted upon an unsuspecting world by white supremacists?  Perfectionism, sense of urgency, defensiveness, quantity over quality, worship of the written word, only one right way, paternalism, either/or thinking, power hoarding, fear of open conflict, individualism, i’m the only one, progress is bigger, more, objectivity, and right to comfort.  I’ve kept the capitalization and punctuation from the paper, perhaps “I’m” is white supremacy as well, Ms. Okun doesn’t say.

Nor does she provide any background information on why these traits in particular were selected or why they are specific to “white supremacy.”  For example, I’m not aware of any modern culture that doesn’t come complete with individuals that hoard power or place their interests above others.  For better or worse, many of these seem to be simple human traits, or at least humans since the establishment of farming in the Fertile Crescent.

She does, however, provide a handy guide to identify the trait in action along with recommendations to combat it.  Perfectionism for example can be identified by “little appreciation expressed among people for the work that others are doing; appreciation that is expressed usually directed to those who get most of the credit anyway” or “more common is to point out either how the person or the work is inadequate.”

When I was growing up we called people that acted like that “assholes.”  Now, however, they’re Klan members in waiting.  Not to worry though, Ms. Okun provides this helpful advice to combat perfectionism in your organization: “develop a culture of appreciation, where the organization takes time to make sure that people’s work and efforts are appreciated.”

Reasonably good advice, if not completely trite and self-evident, something all skilled managers do regardless of their cultural or racial heritage.  She then goes one step further and provides some truly awful advice, “being your own worst critic does not actually improve the work.”  No evidence is provided to support that claim, but, personally, I’ve never heard a master artist or a master anything say such a thing.  Often, especially as you are learning, being your own worst critic is all you got.  Your mommy isn’t likely to tell you your self portrait sucks.

Alas, Ms. Okun doesn’t get much more insightful from there.

The remainder of the paper vacillates from the mundane to the absurd.  Things like “sense of urgency,” when an organization operates with a “continued sense of urgency that makes it difficult to take to time to be inclusive,” “frequently results in sacrificing potential allies for quick or highly visible results,” and “reinforced by funding proposals which promise too much work for too little money.”

Her radical solution to this pressing white supremacy problem?  “Realistic work plans; leadership which understands that things take longer than anyone expects.”

Or, “quantity over quality” where “all resources of an organization are directed toward producing measurable results” and “things that cannot be measured are more highly valued than things that cannot.”  The solution to this pressing measurement crisis is to “include process or quality goals in your planning,” whatever that means, “look for ways to measure process goals,” and “make sure your organization has a values statement which expresses the ways in which you want to do your work.”

On the absurd side of things, we find “worship of the written word,” where “if it’s not in a memo, it doesn’t exist” and “those with strong documentation and writing skills are more highly valued, even in organizations where the ability to relate to others is key to the mission.”  Ms. Okun believes organizations can address this atrocity by, and I’m not making this up, figuring “out which things need to be written down and come up with alternative ways to document what is happening.”

Alternative ways to document things without writing?  Pictograms?  Smoke signals?  Cave paintings?  Is that racist too?

Ultimately, whatever you think of Ms. Okun’s advice on a particular matter, whether banal or absurd, or even insightful and helpful, it’s difficult to see where white supremacy even factors in.  She provides no context or evidence as it were, just a list and some recommendations.  In any normal era, her paper would have been published and just as quickly forgotten, or probably not even published at all.

Today’s world is anything but normal, however, and, amazingly, the paper continues to exert influence over twenty years later.

In fact, the San Francisco School Board cited it just this week in a memorandum (ironic given Ms. Okun’s disdain for the format) about racism and acronyms.  Yes, acronyms, like TBD (to be determined) or ASAP (as soon as possible, though I guess that would definitely be a racist one given it conveys a sense of urgency).

“The use of so many acronyms within the educational field often tends to alienate those who may not speak English to understand the acronym.”

The ironies in play are too rich to avoid commenting.  First, they announced the change in a memo, when memos are bad according to their own reference.  Second, isn’t SFUSD an acronym itself?  Why is that any easier for non-English speakers than VAPA?  Third, the San Francisco School Board is undertaking this nonsense while schools remain closed in San Francisco.  Yes, student’s aren’t in class, but they have time to ponder the racist implications of acronyms.

School Board President Gabriela Lopez was asked about the negative impact of having schools closed for a year, especially for students of color.  Her response needs to be read to be believed,  “They’re just having different learning experiences than the ones we currently measure, and the loss is a comparison to a time when we were in a different space.”

Amazingly, the irony is lost on the media as well.  ABC-7 News reported, “Schools have yet to reopen in San Francisco, but their Arts Department has continued to work toward ensuring that all students have access to quality arts education.” Read that twice and tell me if it makes any sense to you.

The broader implications of this insanity are two fold.

First, if acronyms are now racist, does the term have any value anymore?  It’s not like acronyms are an outlier.  The woke warriors look at everything from whether you’re punctual or a perfectionist at work to TV shows and board games, and deem it all irretrievably racist.  Thus, a laughable exercise in virtue signalling from over 20 years ago is a reasonable basis for policy decisions today.  It would be easier if they just told us what wasn’t racist given the sphere of racism is so large it seems to contain everything.

Second, assuming the woke warriors are right, and all of this stuff is truly irredeemably racist and a symptom of white supremacy culture, precisely what is the alternative?  You can make what you will of how organizations should internalize the concepts Ms. Okun originally covered, but traits like perfectionism, the written word, objectivity, and a sense of urgency are vital components of a functioning, productive society.  These are the sorts of skills everyone should be striving for regardless of their racial heritage, no?