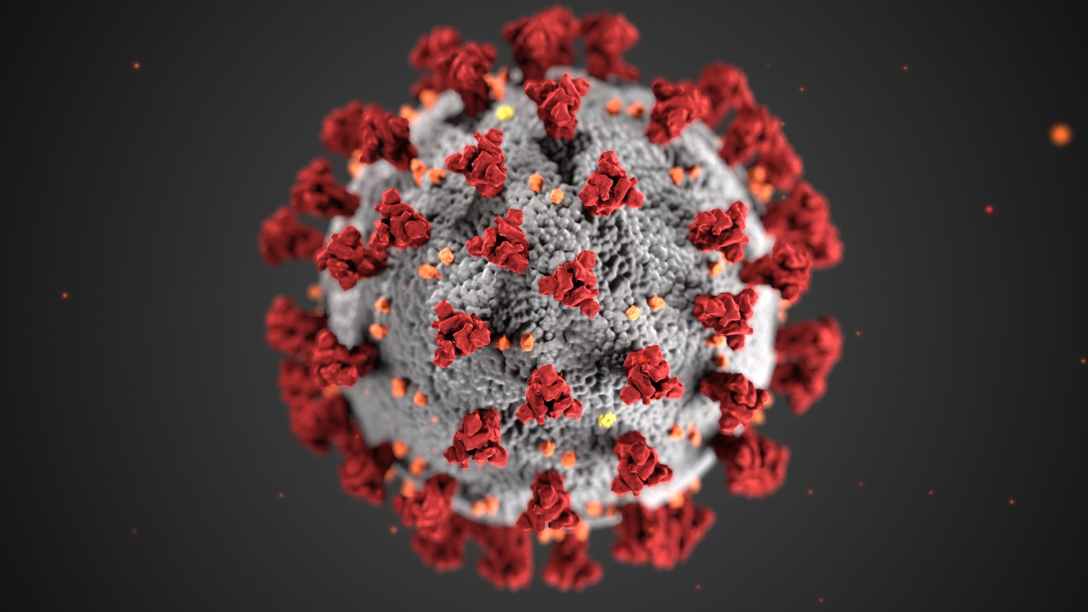 This week the United States is expected to pass the tragic milestone of 1,000,000 deaths attributed to the coronavirus, but both the President’s reaction and the media’s coverage are radically different than when Trump was in office.  Back then, the President had “blood on his hands” for 400,000 deaths and Biden was our savior.  Now, not so much…

Yesterday, President Joe Biden addressed world leaders at the second global pandemic summit.  Unfortunately, the event was marked primarily by the United States crossing the tragic milestone of 1,000,000 coronavirus deaths according to Johns Hopkins University rather than any success against the virus.  “This pandemic isn’t over,” he told international leaders. “Today, we mark a tragic milestone here in the United States, 1 million COVID deaths — 1 million empty chairs around the family dinner table.”  The global event was accompanied by a proclamation ordering flags at half staff through Monday in the US, and calls for Congress to provide more funding, some $22.5 billion to start after some $4.6 trillion has already been spent or allocated.  This is a shocking change of state for a man who declared victory over the virus less than a year ago, and who campaigned on shutting down the virus completely, literally blaming his predecessor for each and every coronavirus death.

“It is what it is because you are who you are,” he told then President Trump to his face at the first presidential debate.  “How many of you got up this morning and had an empty chair at the table because someone died of COVID-19?”  He drove the point home by looking directly at the camera, taking his anger and sympathy to the American people.  “Anyone who is responsible for that many deaths should not remain as President of the United States of America,” he said at a campaign event in the fall of 2020.  At another, he said that it was Donald Trump’s “lies and incompetence” that caused “one of the gravest losses of American life.  It was all a lie.  He knew it.  He said he didn’t want to see the American people panic.  He didn’t want a panic.  Trump panicked.  The virus was too big for him.  All his life Donald Trump has been bailed out of any problem he faced and with this crisis, a real crisis, a crisis that required serious presidential leadership, he just wasn’t up to it, he froze, he failed to act, he panicked, and America has paid the worst price of any nation in the world.”

Perhaps needless to say, the media was more than happy to play along with candidate Biden back then.  When the US surpassed 400,000 coronavirus deaths in January 2021, USA Today soberly declared that President Trump was “the only American leader in a century with more than 400,000 deaths from one event on his watch.”  This was yet “another reminder of how poorly the nation with the world’s largest economy has fared during the coronavirus pandemic.”  According to author Jorge L. Ortiz, “Many public health experts and historians blame the Trump administration for the extent of the COVID-19 devastation.”  He continued to quote a litany of these experts. “What’s so troubling about this loss of life is it was preventable,” explained Dr. Steven Woolf, director emeritus of the Center on Society and Health at Virginia Commonwealth University. “This is an infectious disease we knew how to prevent, and as difficult as it is, far easier to solve than defeating Nazi Germany. And yet, we did not mount a response to wage war against this virus as we have in these other situations.”  “He has, you could say, blood on his hands,” Thomas Whalen, an associate professor at Boston University, told the paper. “He knew this was a threat and really did not do what was necessary to respond to it in a thoughtful and resourceful way.”  “By any metric, anybody who believes in data and science would acknowledge we’ve done terribly with this pandemic, arguably the worst in the world,” claimed Dr. John Swartzberg, a professor emeritus of infectious diseases at the University of California-Berkeley.  “What that tells us is how badly things can go if you have a bad administration.”

President Biden officially took office shortly after this piece was published, and USA Today was sure to tout his imminent success defeating the virus.  “Along with the vaccines, the biggest ray of hope public health specialists see amid the pandemic’s unremitting darkness comes from the incoming administration of President-elect Joe Biden, which is likely to bring a science-based approach to containing the virus.”  “Everybody, including me, is excited about the vaccines, excited about science and what it can do for us. It’s incredibly important. But I think we downplay the importance of what a good administration can do in managing this pandemic. We will do a lot better when we have an administration that follows science and follows public health, that gives consistent messaging, that doesn’t politicize key institutions like the CDC and the FDA,’’ Dr. Swartzberg claimed.  Jason Swartz, an assistant professor of public health at Yale University was bullish on how President Biden would take a more active role in everything, including vaccines inherited from the Trump administration.  “The design so far of this vaccination rollout was so decentralized that it was basically, ship vaccines to each state, you tell us where to ship them, give us the mailing addresses and you take it from there,” he said. “One thing we’ve seen already from the incoming Biden administration is they intend to have a far more active and engaged role in supporting this vaccination effort, coordinating it, leading it.”

Less than 16 months later, 600,000 more Americans are dead on President Biden’s watch, making him now the reigning champ of a crown no one wants.  In between, he has variously attacked his fellow Americans, briefly declared victory, was against vaccine mandates then for them before they were struck down in court, lied about the efficacy of those vaccines before and after, touted every booster shot available while hiding key data points, was completely unprepared for the winter surge, and is currently going to court to reinstate the mask mandate on airplanes.  Two weeks ago, his chief lieutenant in the battle against the virus, the good Doctor Anthony Fauci, claimed the pandemic was over in the United States, and then changed his mind the very next day.  Last week, the Centers for Disease Control and Prevention issued a warning that the United States could face another wave of 100,000,000 infections before the end of the year. In the short term, they are also predicting “daily hospital admission levels and new virus-related deaths in the U.S. are projected to continue increasing over the next four weeks,” according to ABC News.  As they reported, “There are now more than 20,000 virus-positive Americans currently receiving care in the U.S., the data shows — the highest total number of patients hospitalized since mid-March. On average, more than 2,500 virus-positive Americans are entering the hospital each day — a total that has increased by 18.1% in the last week. This also marks the highest number of patients entering the hospital in nearly two months.”

Incredibly, a growing number of coronavirus deaths are occurring among the vaccinated.  “In August 2021, about 18.9% of COVID-19 deaths were occurring among the vaccinated. Six months later, in February 2022, that percent of deaths had increased to more than 40%.”  The fully boosted are dying in larger numbers too, up from 1.9% last September to 25% in February. Ultimately, one can’t help but wonder:  Where are all these so-called experts now, you know the kind Dr. Fauci might call “real card carrying experts” that were so concerned about the tragic and unnecessary loss of life just recently? Where are all the articles claiming President Biden has blood on his hands for his mismanagement of the crisis and failure to rise to the challenge?  What happened to all the talk about data and science and the importance of a competent, active administration?

At the risk of sounding crude, it’s as dead and gone as the 1,000,000 people we’ll never get back, far more of whom have died on President Biden’s watch, even with a vaccine.  “By any metric, anybody who believes in data and science would acknowledge we’ve done terribly with this pandemic, arguably the worst in the world.” This is what Dr. Swartzberg and the media should be saying today, right now to properly criticize President Biden for his abject failure, but they’re not because they are all frauds and liars, politicians masquerading as scientists, deserving of our scorn and disdain rather than respect and trust. They hated Trump and the virus was a means to attack him and hope to prevent his re-election.  That was their primary objective the entire time, and their stunning silence as 600,000 more Americans are dead says it better than I ever could.  Instead, they should heed the words of President Biden at that same campaign event, when he said “We can’t let the numbers become statistics and background news, just a blur on the nightly news.”  Well, that’s exactly what they did because they’re Democrats first, scientists second, and mainstream media is beyond despicable.  Perhaps even worse, President Biden still refuses to accept the obvious:  The virus isn’t ever going away, or at least not at any point we can predict.  The American people have moved on and voted with their feet to live with it, as can reasonably expected after two years of broken promises from the public health establishment.  Instead of acceding to our wishes, however, he’s projecting another “winter of severe illness and death,” and begging for money after wasting $1.9 trillion barely a year ago.

What’s that Warren Zeavon once sang? “Send lawyers, guns, and money, the shit has hit the fan,” and remains splattered all over President Biden’s face after all the lies and deceit, misery and death on his watch.