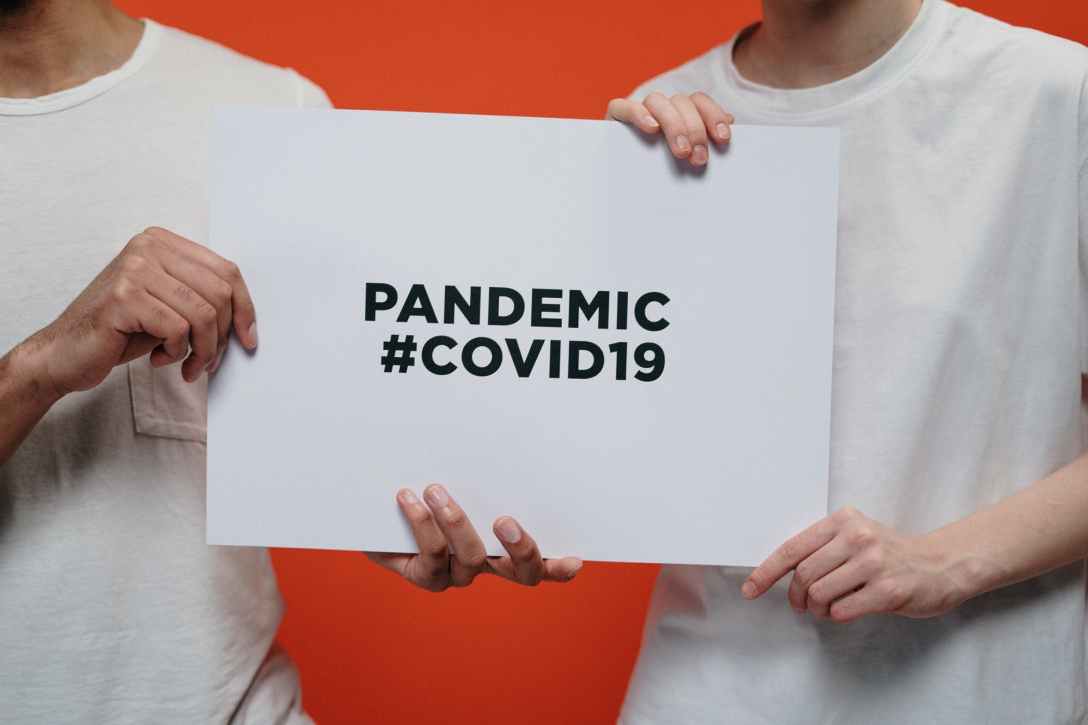 As vaccine mandates loom across the country, scientists are saying very different things in private than in public as the Biden Administration continues to ignore natural immunity, costing lives.  Instead, they are focusing exclusively on vaccines even as their own advisors are turning against boosters and claiming the pandemic is winding down.

Since the arrival of coronavirus vaccines late last year, more skeptical observers of the government and the pharmaceutical companies have wondered why natural immunity, that is the immunity which develops in a person after a case of coronavirus, has been entirely missing from any and all plans to combat the pandemic.  The Biden Administration and other public health officials have been pushing vaccines exclusively, moving from enticements like free beer and lottery tickets to enforcements in the form of mandates that will affect the great majority of Americans.  Whether or not you were previously infected with the virus and already have immunity was irrelevant.  You must take the vaccine or risk termination at work, along with being denied freedom of motion and full participation in American life.

This approach made little sense considering studies have suggested natural immunity was far more effective than the vaccine for some time now.  For example, an Israel study of over 32,000 people found that natural immunity was 13 times more effective at preventing an infection and 27 times more effective at stopping symptoms.  This clear and convincing evidence, however, hasn’t stopped Dr. Anthony Fauci and others from completely ignoring the significance.  Instead of acknowledging reality, they make arbitrary, straw man claims every time the subject of natural immunity comes up.  Here’s one example, “The one thing that paper from Israel didn’t tell you is whether or not — as high as the protection is with natural infection — what’s the durability compared to the durability of a vaccine?”  They say things like this even as other studies indicate the vaunted vaccine protection isn’t durable after six months and they’re readying unapproved boosters to remedy the situation.  Regardless, you will take the vaccine, or else, or at least that’s what they say in public.

In private, however, there appears to be a different story developing.  Recently, a biochemist at Pfizer, Nick Karl, who was involved in the development of the vaccine, was filmed by an undercover journalist.  While he was unaware anyone was watching, Mr. Karl said outright, “Your antibodies are probably better than the vaccination…When somebody is naturally immune, like, they got COVID, they probably have better, like, not better, but more antibodies against the virus.”  He continued, “So when you actually get the virus, you’re going to start producing antibodies against multiple pieces of the virus.  So, your antibodies are probably better at that point than the vaccination.”  It gets worse.  Mr. Karl followed up with what many skeptics have believed all along.  “It’s just about making it so inconvenient for unvaccinated people to the point where they’re just like, ‘Fuck it. I’ll get it.’ You know?”

Mr. Karl wasn’t the only Pfizer employee to voice these sentiments.  Chris Croce, a Senior Associate Scientist, said much the same when asked if a person was as well protected with antibodies.  “Yeah,” he replied.  To clarify, the undercover journalist asked again, “Like as much as the vaccine?”  “Probably more,” Mr. Croce replied. “How so?  Like, how much more?” The journalist asked.  “You’re protected most likely for longer since there was a natural response.”  Once again, it gets even worse.  The journalist also asked why Pfizer was focused on vaccines, though they were also supposed to be developing antibody treatments. Mr. Croce replied, “It got pushed aside.”  Why?  “Money, it’s disgusting,” was his answer and he didn’t stop there.  “I still feel like I work for an evil corporation because it comes down to profits in the end. I mean, I’m there to help people, not to make millions and millions of dollars. So, I mean, that’s the moral dilemma.”  He added, “Basically, our organization is run on COVID money now.”

In any normal era, this would be huge news, a scandal putting money ahead of human lives, splashed on the front page of every newspaper and above the fold of every website in the country.  The anchors and analysts would be aghast that a pharmaceutical company was intentionally downplaying antibodies and slowing the development of treatments simply to make a buck.  This would be true of any treatment for any illness, however obscure or how few people were affected, much less one the entire world has been suffering through for the past 19 months.  That government officials seemingly took the pharmaceutical company’s word at face value and pursued the strategy they wanted without seriously acknowledging and analyzing alternatives would be another, equally dramatic scandal.  There would be a feeding frenzy as the media demanded the details of every contact between government and the company, every fiduciary connection, every possible relationship.  You name it, they’d want it, and then some.

Instead, there was nary a word about any of this from mainstream media outlets, most didn’t cover it all.  This is even more disturbing because we now know for certain that the Biden Administration’s decisions regarding vaccine distribution cost lives.  Rather than acknowledging and taking advantage of natural immunity, they ignored the science and pursued a blanket vaccination strategy regardless of whether or not you were previously infected with coronavirus.  Especially in January, February, March, and April, when vaccine supplies were limited, that means they vaccinated people who didn’t need it at the expense of those that did.  How many of those wasted doses could’ve been given to someone else, and how many of those people waiting to receive a dose, ultimately contracted the virus and died?  If the media was the least bit curious, they’d be busy figuring this out, rather than gleefully broadcasting stories about anyone, anywhere who apparently refused the vaccine only to succumb to the virus.

Nor is the effectiveness of natural immunity merely a backward looking issue.  Last week, President Biden insisted that life wouldn’t return to “normal” until 97% or even 98% of the population was vaccinated.  In order to achieve that goal, he is pursuing employer enforced mandates on anyone working for a company with 100 or more associates.  Healthcare workers, teachers, firemen and women, and police are all getting the axe as a result of these and other state level mandates.  Northwell Health in New York, for example, fired some 1,400 people; New York-Presbyterian about 250; there were at least several hundred fired or suspended in Virginia; more than 150 at Houston Methodist; around the country, it’s the same story.  Reuters, in their infinite wisdom, describes this as a “few skeptical U.S. hospital workers,” but why does it have to be any?  Less than a year ago, these very same healthcare workers were lauded as heroes, now they’re being terminated because of a mandate that might make little to no scientific sense.  Healthcare is just one sector of the economy.  Across industries, we’re talking about thousands and thousands of people, fired for potentially no reason.

This is in addition to large percentages of minority populations, especially blacks and Latinos, being denied full access to American life, thanks to vaccine requirements for entry into restaurants, gyms, theaters, concerts, and other facilities.  The situation is so severe that even Black Lives Matter is protesting these mandates, making statements that sound awfully conservative to this observer.   “Listen, vaccine is a choice, it’s a choice. You shouldn’t exclude people from everyday activities because they choose not to engage in something they have every reason to doubt,” explained the co-founder of the BLM Greater New York Chapter, Hawk Newsome.  Mr. Newsome’s sister, Chirova Newsome, also a co-founder, said, “We’re putting this city on notice that your mandate will not be another racist social distance practice. Black people are not going to stand by, or you will see another uprising. And that is not a threat. That is a promise.  The vaccination passport is not a free passport to racism.”  In addition to being denied access to public facilities, there are a handful of reports of people being denied access to lifesaving surgeries, literally condemned to death by people who’ve taken an oath to do no harm.

Ultimately, it all comes down to whether or not any of this is necessary.  According to President Biden himself, about 25% of people eligible for the vaccine are not currently vaccinated.  The federal and other mandates are the stick that are supposed to force people into line.  The effectiveness of this stick remains to be seen as the pace of vaccinations has dropped since the announcement of the mandates, despite The Daily News claiming they were working without providing any evidence.  Regardless, out of the remaining vaccine hold outs, how many already had the virus?  I know of several in my own social circle and I’m sure you do as well.  There could be millions more, meaning the percentage of people with immunity to the virus is likely much higher than simply those who took the vaccine.  In that case, why are we focusing exclusively on vaccines to the point of forcing people who don’t even need them in the first place?  No one knows and no one has asked President Biden himself to my knowledge.

The question couldn’t be more important, however, as the President plans to embark on a crusade to re-vaccinate every American with a booster shot, something that will cost billions upon billions of dollars and require another massive, around the clock effort.  On this front, the evidence for the efficacy of booster shots has always been flimsy, but now there appears to be dissent among even the administration’s own advisors.  Politico reported this week that a “vocal contingent of prominent doctors and scientists is pressing the Biden administration to scrap its plans to provide booster shots to all previously vaccinated adults.”  The objections from scientists, including some who advised the transition team, were offered during a private call with federal health officials that occured on September 27.  These scientists believe the current “U.S. data on vaccine performance does not justify using boosters widely to reduce the risk of breakthrough infections and slow the virus’ spread.”  Instead, they urged a focus on people at risk for severe COVID-19.

Once again, outside of Politico itself, there was next to no coverage of what should be a major story.  Biden is the President of the country and the self-proclaimed party of science, and yet it appears he’s not listening to the science in the least, immune to any and all evidence.  In that regard, his obsession with boosters began before they were even approved by the FDA, resulting in embarrassing political pressure on a supposedly non-political body, pressure that was thankfully rejected.  This intense, all-consuming obsession continues even after the Delta-variant induced wave keeps fading and cases are dropping on a weekly basis.  In fact, they’ve fallen to the lowest level in two months and seem likely to continue the drop.  At least, this is what a consortium of scientists and data modelers working for the Centers for Disease Control and Prevention reported just recently:  There will be no fall or winter wave and cases will decline all the way down to levels where the good Dr. Anthony Fauci himself said meant the official end of the pandemic.

Of course, this should be good news for everyone, but, you guessed it, there was little to no coverage in the media and Biden was talking up vaccines as recently as yesterday.  Someone should really ask him why at this point.