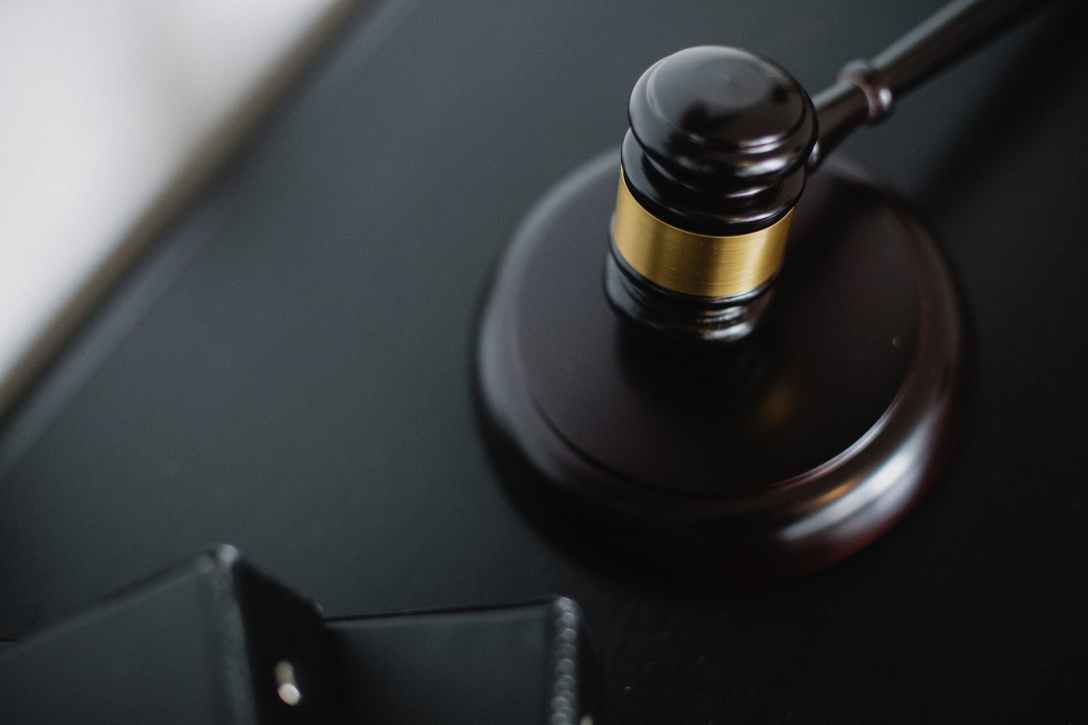 Earlier this month, partisan Judge Amy Berman Jackson’s grandstanding over a supposedly explosive memo prompted the media to revisit the false narrative that only Trump’s position as President shielded him from obstruction charges.  The memo is now out and, perhaps needless to say, the myth has completely collapsed.

After Special Counsel Robert Mueller issued his report on Russian interference in the 2016 election and potential collusion with the Trump Campaign, much has been made of whether President Trump was shielded from prosecution because of the office he held at the time.  For example, Vox.com published an entire article “explaining” the guidance from the Office of Legal Counsel (OLC) that supposedly prevents a sitting President from being charged.  Just so there was no confusion on the part of the reader, the piece was helpfully titled “Why Mueller said he couldn’t indict Trump explained.”  The subhead filled in the details, “The Justice Department has a long-standing policy that prevents federal prosecutors from charging the president with a crime.”

What is the policy in question?  “The OLC policy itself is relatively straightforward: Most recently reevaluated in 2000, it argues that the executive branch would be incapacitated by a criminal prosecution: The indictment or criminal prosecution of a sitting President would unconstitutionally undermine the capacity of the executive branch to perform its constitutionally assigned functions.”

As the piece was written after Mueller testified before Congress about his report, it included a few additional details.  “During his congressional testimony on Wednesday, former special counsel Robert Mueller noted that part of his decision to refrain from considering an indictment of President Donald Trump was attributed to a long-standing Justice Department policy: According to the agency’s Office of Legal Counsel, a sitting president cannot be charged with a federal crime.”  In Mueller-speak, this was, “We, at the outset, determined that, when it came to the president’s culpability, we needed to go forward only after taking into account the OLC opinion that indicated that a sitting president cannot be indicted.”.

Left out by Vox and others, of course, are two very important tidbits.  First, much was made of Mueller’s mealy mouthed language in the actual report.  Rather than following the standard procedure of making a recommendation to prosecute or not, you know the long-standing democratic norm progressives used to love, he noted that his team did not reach a conclusion about whether or not the president committed a crime.  “If we had had confidence that the president clearly did not commit a crime, we would have said so.”  As legalese goes, this is one for the record books, just parse those words for a second; the use of two vague terms “confidence” and “clearly.”   What does this phrasing really mean in this context? Couldn’t the sentence could just as easily have been written as “If we had had the confidence that the president clearly DID commit a crime, we would have said so”?  Those two statements are equivalent in the English language.  Why choose the inflammatory version?

The second tidbit reveals the answer:  Mueller and his team tried to hide behind the OLC decision to make it look like Trump may have been prosecuted if he wasn’t the President.  They were well aware this would set off a media firestorm regardless of the legal implications, perhaps even provide a path to Impeachment.  Unfortunately, Mueller had to backtrack in this regard during the Congressional hearing itself.  The explosive part of the claim was made in an exchange with partisan Democrat Ted Lieu.  Representative Lieu, asked, “I believe any reasonable person looking at these facts could conclude that all three elements of the crime of obstruction of justice have been met. And I’d like to ask you the reason, again, that you did not indict Donald Trump is because of the OLC opinion stating that you cannot indict a sitting president, correct?”  Mueller responded, “That is correct.”

Explosive stuff, feeding the storm as it were, except that very same afternoon he “clarified” his statement.  “Now, before we go to questions I want to add one correction to my testimony this morning. I wanted to go back to one thing that was said this morning by Mr. Lieu. It was said, and I quote, ‘you didn’t charge the president because of the OLC opinion’ That is not the correct way to say it. As we say in the report and as I said in the opening, we did not reach a determination as to whether the president committed a crime.”

In other words, the OLC had nothing to do with it.  Despite his many dodges and evasions elsewhere, Mueller could not have been more clear in that one little sentence. There are those pesky democratic norms again. If they failed to make a determination, that means a crime was not committed; instead we have the Schrodinger’s cat of crimes, committed and not committed all at once.

Ultimately, this myth that Trump would have been prosecuted, or perhaps I should say should have been prosecuted, spread far and wide, before and after Mueller testified.  The New York Times reported on “The Episodes of Potential Obstruction of Justice by Trump in Mueller Report”  and “Did Trump Obstruct Justice?  Mueller Didn’t Say, but Left a Trail to the Answer.”  USA Today added this lovely headline to the mix, “Republican attempts to defend Trump and Barr’s ‘no obstruction’ decree are pathetic.”  Time Magazine chimed in with “Did Trump Obstruct Justice?  Here’s What Former Prosecutors Think” and “Here Are All the Ways Trump May Have Obstructed Justice.”

The myth sprung back to the forefront of the news cycle this month when partisan Judge Amy Berman Jackson insinuated that an internal memo at the Justice Department contained some sort of smoking gun on the issue, meaning the only thing that prevented Trump from being frog marched out of the White House was an untested OLC opinion.   Judge Berman Jackson ordered the Department of Justice to release this supposedly incendiary memo, claiming “not only was the Attorney General being disingenuous then, but DOJ has been disingenuous to this Court with respect to the existence of a decision-making process that should be shielded by the deliberative process privilege.  The agency’s redactions and incomplete explanations obfuscate the true purpose of the memorandum, and the excised portions belie the notion that it fell to the Attorney General to make a prosecution decision or that any such decision was on the table at any time.”  So there could be no mistake, “Moreover, the redacted portions of Section I reveal that both the authors and the recipient of the memorandum had a shared understanding concerning whether prosecuting the President was a matter to be considered at all.  In other words, the review of the document reveals that the Attorney General was not then engaged in making a decision about whether the President should be charged with obstruction of justice; the fact that he would not be prosecuted was a given.”

Reading through the legalese, what she was saying was simple:  Trump should be behind bars for obstruction except for the machinations of Barr and the untested-OLC, and the media, of course, took the bait.  It was 2019 all over again: “Judge orders release of DOJ memo justifying not prosecuting Trump,” “Judge Amy Berman Jackson’s Barr rebuke opens the door to DOJ accountability,” “Judge says Barr Misled how his Justice Department Viewed Trump’s Action,” “Judge orders DOJ to release Trump obstruction memo, says Barr ‘disingenuous.’”

Barely three weeks later, however, and the story has already fallen apart.

The Washington Post reported on Tuesday morning that the OLC arrived at the same conclusion as the “ disingenuous” Barr without the need to revert to Trump’s office for protection.  “Over the course of the Special Counsel’s investigation, we have previously discussed these issues within the Department among ourselves, with the Deputy Attorney General, and with you since your appointment, as well as with the Special Counsel and his staff. Our conclusions are the product of those discussions, as well as our review of the Report,” the lawyers wrote in the newly public section of the memo.  The lawyers at then went one step further in what should (but probably won’t) kill the myth forever, “certain of the conduct examined by the Special Counsel could not, as a matter of law, support an obstruction charge under the circumstances. Accordingly, were there no constitutional barrier, we would recommend, under the Principles of Federal Prosecution, that you decline to commence such a prosecution.”

Read that again:  As a matter of law, the obstruction charge was not supported with or without a Constitutional barrier.

Ultimately, the entire episode is yet another bizarre case in the Trump era.  Once Mueller determined that Trump had committed no crime in colluding with Russia, the idea that he obstructed a non-crime became farcical.  Yes, I understand that in principle one can be guilty of obstruction even if no underlying crime has been committed, but in practice it’s an almost unheard of scenario.  This is especially true when “obstruction” takes the form of exercising the Constitutional authorities of your office.  If Trump had destroyed evidence, tampered with witnesses, or lied under oath, that would perhaps be something, especially as they are all crimes in and of themselves.  No such charge was ever levelled, however.

Instead, the charge was that he had corruptly exercised powers given the President, but obstruction almost never works that way.  You aren’t obstructing justice if you take the Fifth Amendment, refuse to allow the police to search your house without a warrant, or refuse to testify against your wife.  Likewise, a President isn’t obstructing justice when he fires or talks about firing people he’s allowed to fire, has conversations with his lawyers, and the like.

The mainstream media and Democrats, of course, refused to see the obvious and, like a zombie stalking the news and social media, the story lumbered on for more than two years even after the Mueller report.  Hopefully,  this will be case closed, end of story, though I somehow doubt it.  Today, of course, they are onto something new about Trump.  Cy Vance’s “special” grand jury, convened for who knows what, but it’s got to be bad for Trump.