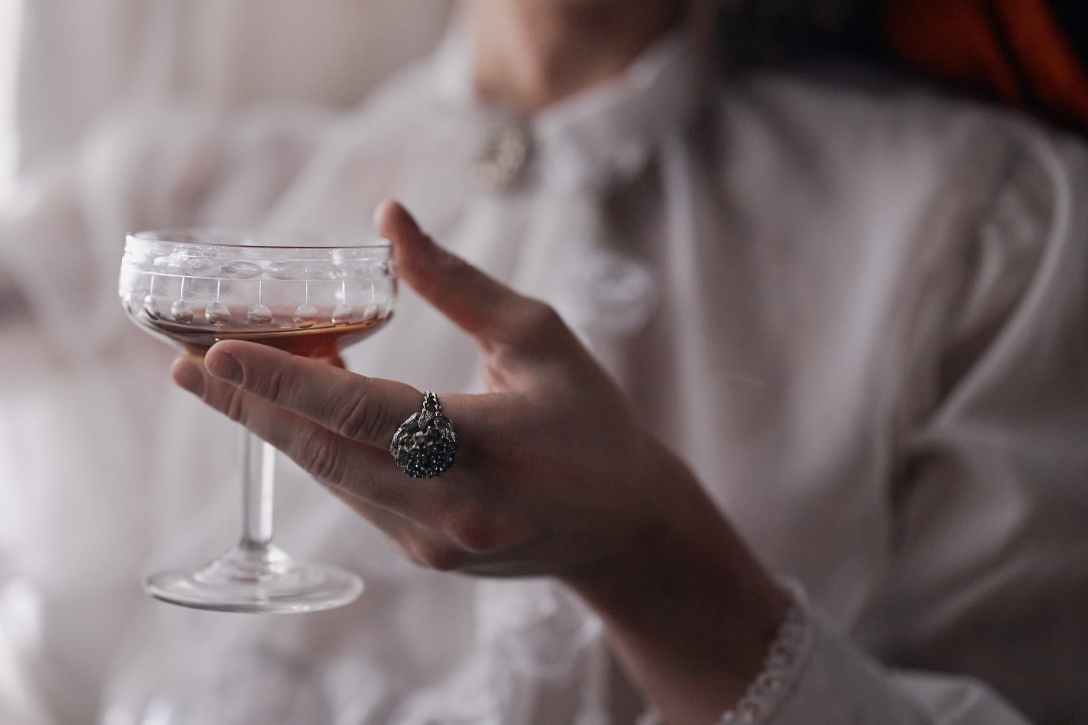 Trust the art, not the artist.  Buffy and Angel remain great shows despite their creator not living up to the feminist principles he espoused. Neither art nor people are politics, and we should be careful to avoid confusing the one with the other, lest there is no more acceptable art in the world.

Joss Whedon is likely finished as a writer and director in the wake of multiple accusations of creating a toxic working environment on the set of massively popular shows like Buffy The Vampire Slayer and Angel.  Personally, I’m not surprised that his public persona as a feminist champion belied a private on-set tyrant that was abusive to female members of the cast.  Harvey Weinstein was once a Democrat in good standing as well, nor am I particularly concerned if he ever works again.

At the same time, I’m quite concerned about how revelations regarding his personal behavior are prompting a re-evaluation of every TV show and movie he ever made, crawling through the characters, scenes, and plotlines for hidden signs of his misogyny.  It’s as if his work is some kind of cypher, and if it were only properly decoded, we’ll find out who the true Joss Whedon is and why we should have known all along that he was some kind monster.

In truth, I can understand the inclination:  When you learn people aren’t who you thought they were, you try to figure out if you should’ve known it all along.  Did you miss the signs?  Are you somehow to blame, at least partially, because of something you missed?  If you had said something sooner, would things be different today?

The sad Whedon saga exploded when former Buffy star, Charisma Carpenter, took to Twitter to second concerns voiced by Ray Fisher, an actor from Justice League, about the writer-director’s on set behavior.  Ms. Carpenter declared that “For nearly two decades, I have held my tongue and even made excuses for certain events that traumatize me to this day.”  The post details Whedon’s “harassment” and “serialized abuses of power,” including his claim that she was “sabotaging” Angel by getting pregnant and “calling [her] ‘fat’ to colleagues.” She was ultimately fired from the show after giving birth, concluding that the “The disturbing incidents triggered a chronic physical condition from which I still suffer.”

The fallout, of course, includes the fans.  According to Sage Young writing for NBC News, “We develop relationships, no matter how one-sided, with the people and stories we watch on screen. It can really be heartbreaking to find out that a piece of art that you love was created in an unsafe, unkind environment and that individuals you admire were terrorized in the process.”  Fair enough, but then the piece descends into circular gibberish, “In light of these accusations, we can safely say that Joss Whedon is not in fact a feminist, or at least not one who understands what the word actually means. That doesn’t mean that “Buffy” isn’t a feminist show. And the reverse is also true: Whedon can’t be called a feminist — or assumed to be a feminist — simply because he was the driving force behind “Buffy.””

The formulation here rests on a false assumption:  Neither art, nor people are politics in and of themselves.  In this case, feminism is the political construct.  Oxford Languages defines it as “the advocacy of women’s rights on the basis of the equality of the sexes.”  Wikipedia says, “Feminism is a range of social movements, political movements, and ideologies that aim to define and establish the political, economic, personal, and social equality of the sexes.”  The key point for our purposes:  Feminism isn’t a thing in the sense of a table or chair, or a fact in the sense that Joss Whedon is the creator of Buffy and Sarah Michelle Gellar played Buffy.

Rather, it is a range of ideologies, some of which don’t even agree with one another.  For example, is Buffy a radical feminist show or a liberal feminist show?  How about Marxist feminist or Eco-feminist?

Of course, Buffy itself is none of them.  On the surface, Buffy isn’t even political at all.  The show is centered on a high-school then college student superhero who faces off against supernatural enemies while juggling her social life.  The show itself makes no recommendations regarding any policies and reveals nothing about the political affiliations of the characters.  We do not know who they vote for or their opinion on any political issue at the time.  I don’t think politics itself is ever mentioned beyond an evil Mayor in season 3, whose party affiliation we do not learn either.

The only politics present are those we choose to read into it.  In that regard, Buffy is widely seen as political because the main character was female in an era when most main characters, especially the action-hero type, were male.  Later in its run, there was also a plotline with a homosexual character that was uncommon when the show originally aired.

This alone is the show’s whole claim to the feminist mantle, and by virtue of this fact Whedon was also considered a feminist because how could a man create a kick-ass female character without being one?  Needless to say, this is a rather reductive, constrictive way of looking at things, revealing very little about what makes the show great while revealing far more about the people making these conclusions.

Lest you think I’m being harsh, how else are we to interpret this jargon from Ms. Young at NBC News?  Whedon “may have been so good at convincing himself that he was pro-women that he was occasionally able to succeed in putting something empowering and true on screen. And he benefited from aping feminism in his work, in the form of money, power, opportunities and influence.  If you look closely, you see the cracks, however.”

We’ll get to the supposed cracks for a moment, but let’s consider the first part first:  You need to be pro-woman, as Ms. Young defines it, to create something “empowering” and “true.”  Otherwise, you’re just faking feminism, or something.  There’s no doubt that Whedon benefitted from the perception of being a feminist, but, beyond that, Ms. Young, is recommending a radical upending of the notion of authorship.

In her formulation, men are by definition incapable of writing female characters unless they pass some form of pro-women test, meaning the political identity of the creator strictly limits the scope of the creation.  By this standard, is it possible for a conservative to write an empowered and true female character?  Ms. Young doesn’t specifically say, but it’s difficult to see how this outcome isn’t a necessary conclusion of her thinking as I doubt she considers conservatives pro-woman.  Moreover, if this formulation is correct, how can women write male characters without being sufficiently pro-male?  Does Ms. Young believe that gay authors can write straight characters and vice versa?

Of course, this is absurd.  No one would seriously suggest that a woman can’t write a male character, or a gay person a straight character.  Why?  Because we understand that the author invents characters that aren’t themselves, that is their gift, but if we accept that notion, it necessarily follows that the creation is separate from the creator.  In the arts it’s tempting to mix the two up, but consider the absurdity of judging Newton’s third law of motion based on his opinion on abortion.

Putting this another way:  Try to imagine a world where you know nothing about the identity of the author.  If Joss Whedon weren’t a public figure in the middle of a very public fall from grace, what would we make of Buffy?  She’d still be a kick-ass heroine in an era when they were much less common.  Would the show remain feminist then?

According to Ms. Young, no, because of the “cracks.”  For example, “In “Buffy,” it’s a character like Xander (Nicolas Brendon) who, especially in the early seasons, behaves like the jilted “nice guy” who isn’t getting the sexual gratification he deserves just for existing.”

Apparently, in her mind, a truly feminist show doesn’t allow for the existence of such a character, and yet Xander is a longtime fan favorite because we all know the type.  He’s in love with Buffy, but knows he will never have her and it ruins all his other relationships.  That’s neither feminist or anti-feminist, it just is.  The same way Whedon, who arguably did more to make powerful women mainstream than almost any other contemporary artist, cannot easily fit into a political box, neither do the characters on Buffy, or any quality show for that matter.

Amazingly, Ms. Young somehow gets to this point in her concluding paragraph.  After noting that “some fans may not be able to revisit Whedon’s work with the same joy or satisfaction, she states, “His defenders will ask us to simply ignore the contradiction we now know lies at the heart of “Buffy.” But the show is not a reflection of who Whedon is. And his co-workers are speaking louder than his characters ever could.”

If the show isn’t a reflection of who Whedon is, then why does any of this matter?  You can’t have it both ways, either empowered, true women characters require pro-women creators, or they don’t.  Either the show reflects Whedon personally, or it doesn’t.  If it doesn’t, there is no contradiction at the heart of Buffy.  The contradiction is within Whedon himself, but what human being is without contradictions of their own?  If human beings have contradictions, shouldn’t we expect the representations of them in art to have the same?

This takes us back to our original point:  Neither humans nor art are politics in and of themselves.  It is only our over-politicized culture that is causing us to combine all three, only to become disappointed when either people or their art doesn’t conform to our contemporary standards.  Joss Whedon is a particularly well timed example because his work was often heralded for powerful, complex female characters and now we’re learning that he might not have practiced what he preached, but he is not alone.

The same “standards” are being applied to everyone, from modern authors like Harry Potter creator, J.K. Rowling to classics like Willam Shakespeare with Stanley Kubrick’s treatment of Shelley Duvall on the set of The Shining in between.  If the creator isn’t woke enough, the work itself is considered fundamentally flawed, thus a previously championed feminist work like Buffy is now anti-feminist, or Harry Potter is no longer trans-friendly.  This despite that the work itself hasn’t changed, merely our perception of the artist.

If we continue down this path, what will survive?  What work created by a 19th or even early 20th century author can live up to these standards?  Can any contemporary creator live up to them all the time?  As Bruce Springsteen is fond of saying, you trust the art and not the artist.  Artists are flawed like everyone else; it’s the work that can be transcendent and eternal.

We should also do well to remember Shakespeare’s adage from Hamlet:  Use every man after his desert, and who shall ‘scape whipping? Use them after your own honor and dignity. The less they deserve, the more merit is in your bounty.