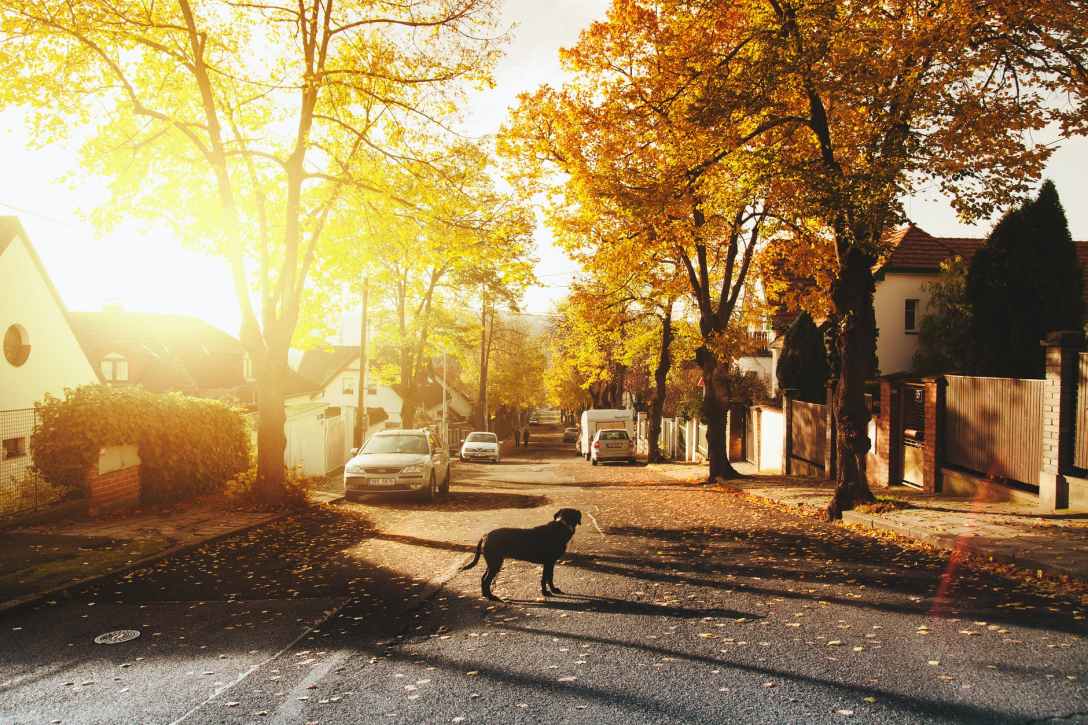 The quest for social justice demands you sacrifice your neighborhood for the greater good.  Single family homes and the towns supporting them are racist.  President Biden is already making moves to crush this evil, and now a new article on Vox.com wants him to go even further.  Comply with their demands or your town will be sued.

“Rather than rethink their destructive policies, the left wants to make sure there is no escape,” then President Donald Trump and his Secretary of Housing and Urban Development wrote in a Wall Street Journal op-ed last summer . “The plan is to remake the suburbs in their image so they resemble the dysfunctional cities they now govern. As usual, anyone who dares tell the truth about what the left is doing is smeared as a racist.”

Trump was referring to an Obama era rule, Affirmatively Furthering Fair Housing (AFFH).  AFFH required local communities that received funding from Housing and Urban Development to explicitly examine, publicly report, and develop strategies to address discrimination in housing.  Local governments were required to take “meaningful action” against discrimination and segregation in housing, and prove that it was working in order to access government funds.

These Federal housing funds flow across 49 states and Puerto Rico, either directly through the Department of Housing or through the states, with a special set up for Hawaii.  Meaning, these funds touch almost every neighborhood in the country and the Obama-era rule would have made receiving them subject to the government’s approval of their plan to end housing discrimination.

The primary impact will be on local zoning laws.  Almost every town in the country has restrictions on how land can be used:  Commercial versus residential, lot size, the type of structure that can be built, single family versus townhomes, the coverage allowed on the lot, etc.  Of course, the size of the lot and the type of structure greatly impacts the cost of a home in any given neighborhood, large lots and single family homes generally being more expensive than small lots and multi family homes.

Diane Yentel, president and CEO of the National Low Income Housing Coalition, explains.  “When local communities are required to take a look at how segregation developed in their neighborhoods, most of them are going to find that it was local zoning that led to that purposeful, policy-driven segregation.”  She believed that complying with the Obama-era rule meant that, “most of the time that’s going to require that they remove some of those restrictive zoning laws and allow for apartment buildings to be built and put in…where currently they’re not allowed.”

Of course, when Trump rescinded the rule and claimed the left was coming for your single-family home, the mainstream media cried foul.

The New York Times reported that “Trump Plays on Racist Fears of Terrorized Suburbs to Court White Voters.”  “President Trump painted a false picture of suburbs under siege, saying he was protecting them from low-income housing, as he seeks to win over white voters that were key to his 2016 victory.”  For his part, Trump said, “People fight all of their lives to get into the suburbs and have a beautiful home.  There will be no more low-income housing forced into the suburbs.” “It’s been hell for suburbia,” he added.

Trump ultimately lost the election and President Biden was sworn in as his successor on January 20.  On January 26, Biden issued a memorandum calling on the Federal government to reinforce and extend protections under any current housing laws and practices.  It “is the policy of my Administration that the Federal Government shall work with communities to end housing discrimination, to provide redress to those who have experienced housing discrimination, to eliminate racial bias and other forms of discrimination in all stages of home-buying and renting, to lift barriers that restrict housing and neighborhood choice, to promote diverse and inclusive communities, to ensure sufficient physically accessible housing, and to secure equal access to housing opportunity for all.”

The memorandum also directed HUD to reconsider Trump’s rescinding of the AFFH rule, and he’s expected to do so in the not too distant future.  The story doesn’t end there, however.  Jerusalem Demsas, writing for Vox.com as part of their “Rethinking Policy for Black America” series, has an even bolder idea:  Just sue the suburbs until the left gets what it wants.

Mr. Demsas’s story begins by recounting the tail of Kennetha, her husband, and five kids from Nashville, TN.  “At 37, Kennetha is haunted by an unfinished bachelor’s degree that has left her nothing but debt,” he writes.  “Digging herself out of a financial hole has felt like a full-time job. Being without a stable home doesn’t help.  ‘It feels like we’re an expendable family — hopeless and voiceless,’ she told me.”  Mr. Demsas notes that, Kennetha’s “address puts her in the Haynes area, where researchers say the expected household earnings for a low-income child is just $20,000 a year. She would prefer to live in a suburb like Franklin. In parts of Franklin, a child who grows up in a low-income family would go on to have a household income of $53,000 a year.”

The only problem is that Franklin is expensive.  The average home there costs $550,000, compared to $335,000 in greater Nashville.  The greater average price is due to the prevalence of single-family homes, the zoning rules around them, and also lot size, in some cases a minimum of 2 acres.  Mr. Demas notes that “even in its ‘mixed residential district’ — which allows for duplexes and multiplexes — the town has ordained minimum lot sizes that force builders to make units larger than they otherwise might have. And the bigger the apartment, the more expensive it is.”  He then concludes that “Exclusionary zoning laws essentially trap many Black families into low-income neighborhoods by pricing them out of richer ones.”

Before we address Mr. Demsas’s proposed solution to this problem, we should pause to consider the circular nature of the logic.  Poor people are priced out of richer neighborhoods because the houses there are big, but of course the houses in rich neighborhoods are big because rich people want them and can afford them.  It’s basic economics in action. You can apply this same logic to anything:  Bigger TVs are more expensive than smaller ones, therefore OLED is racist.  Bigger cars tend to be more expensive than smaller ones, therefore Mercedes is racist, etc. The problem, of course, isn’t so much the cost of the home or the race of the buyer, but rather the income level of those aspiring for a better life and the conditions under which they are currently forced to live.

This, of course, is completely lost on Mr. Demsas.  He believes wholeheartedly that “Kennetha doesn’t have to be stuck in a high-poverty neighborhood, and lots of other Americans don’t either. Eliminating exclusionary zoning means Kennetha’s kids can grow up with the same opportunities as white children in Franklin.”  And he has a plan to do it.  That plan involves, of course, destroying your neighborhood in the process.  The exclusionary zoning practices, the single-family homes that most people in America have aspired to for decades, have to go.

One of the ways progressives believe they can force this change is through state funding.  “Exclusionary zoning is a product of state law, and if we can get states to address that through funding incentives, I think that that could lead to some real change at the local level,” says Phil Tegeler, executive director of the Poverty and Race Research Action Council. “Local governments have no inherent authority that’s not granted to them by state government.”

In addition to state funding, Federal funding can also provide an incentive.  As mentioned earlier, Biden plans to repeal Trump’s rule, he also supports $300 million in local housing policy grants, and tying funding from the Community Development Block Grant program to reductions in exclusionary housing practices.  The Community Development Block Grant program change would require Congress to act, but in all cases the goal would be to use dollars to force outcomes.

Mr. Demas, however, worries that even the funding cudgel wouldn’t be enough, “while this type of reform is likely to spur action from some jurisdictions, there’s a reason it won’t work when it comes to the worst offenders: Many of them don’t need the money.”  He continues, “For those localities that cannot be convinced, cajoled, or financially incentivized, more punitive action is necessary. It’s time to sue the suburbs.”

The plan is to use something known as the “disparate impact standard.”  This legal doctrine means that the plaintiffs in a discrimination case don’t need to be bothered with actually proving an intent to discriminate.  All they need to show is that the outcome was discriminatory for whatever reason.  In 1981, a local branch of the NAACP sued Huntington, NY under this doctrine because they refused to allow multi-family homes.  The court sided with the NAACP, ruling that the zoning laws around single family homes “significantly perpetuated segregation,” and that the town’s justifications for these laws, things like traffic, parking, park space, etc.,were “weak.”

Mr. Demsas proposes that the Biden Administration breathe new life into this standard, including hiring the necessary resources and increasing the funding for HUD.  “Once HUD builds up its staff, these experts can review jurisdictions where there are multiple and particularly egregious fair housing complaints, and provide detailed statistical analysis that can show how specific zoning decisions perpetuate racial discrimination.”  He goes even further, noting that “These types of lawsuits are extremely expensive for localities to defend against, not to mention the bad press that comes with being sued for discrimination.”

Translation:  The plan is to take more of your tax dollars to increase funding for more government lawyers to sue and threaten to sue your neighborhood, force your own town to spend money to defend the suit, and smear you and your neighbors as racists in the process, simply for wanting to live in a single family home on a decent sized piece of property.

Apparently, this is how racism is perpetuated in America today.  The collateral damage, of course, will be the value of your home, call it a wealth transfer with your mortgage, you keep paying the same for a lower return at the point of sale.

Amazingly, it never occurs to Mr. Demsas and other progressives that a much better option might be to fix the problems in the lower income neighborhoods.  Instead of focusing on why these neighborhoods have such poor outcomes for their residents and demanding everyone in America has a right to a functioning local government, clean safe streets, and access to a quality education, you know the kind of thing everyone is supposed to be paying for with their trillions in tax dollars, they want to reduce the value of your own home in pursuit of social justice.

This could only make sense to a progressive:  Spread the wealth around, rather than building more wealth.  Even worse, it’s not like we’re not spending in these low income districts already.  Baltimore, for example, spends a whopping $17,493 per pupil per year in public schools.  It’s the third highest per pupil spending of any district in all of Maryland.  The students there are not under-funded, they are in fact better fund than most middle-class neighborhoods. They are under-served by their local government.  Rather than demand better, Mr. Demsas wants to move people out at your expense. Social justice demands it, whether or not it makes any sense.