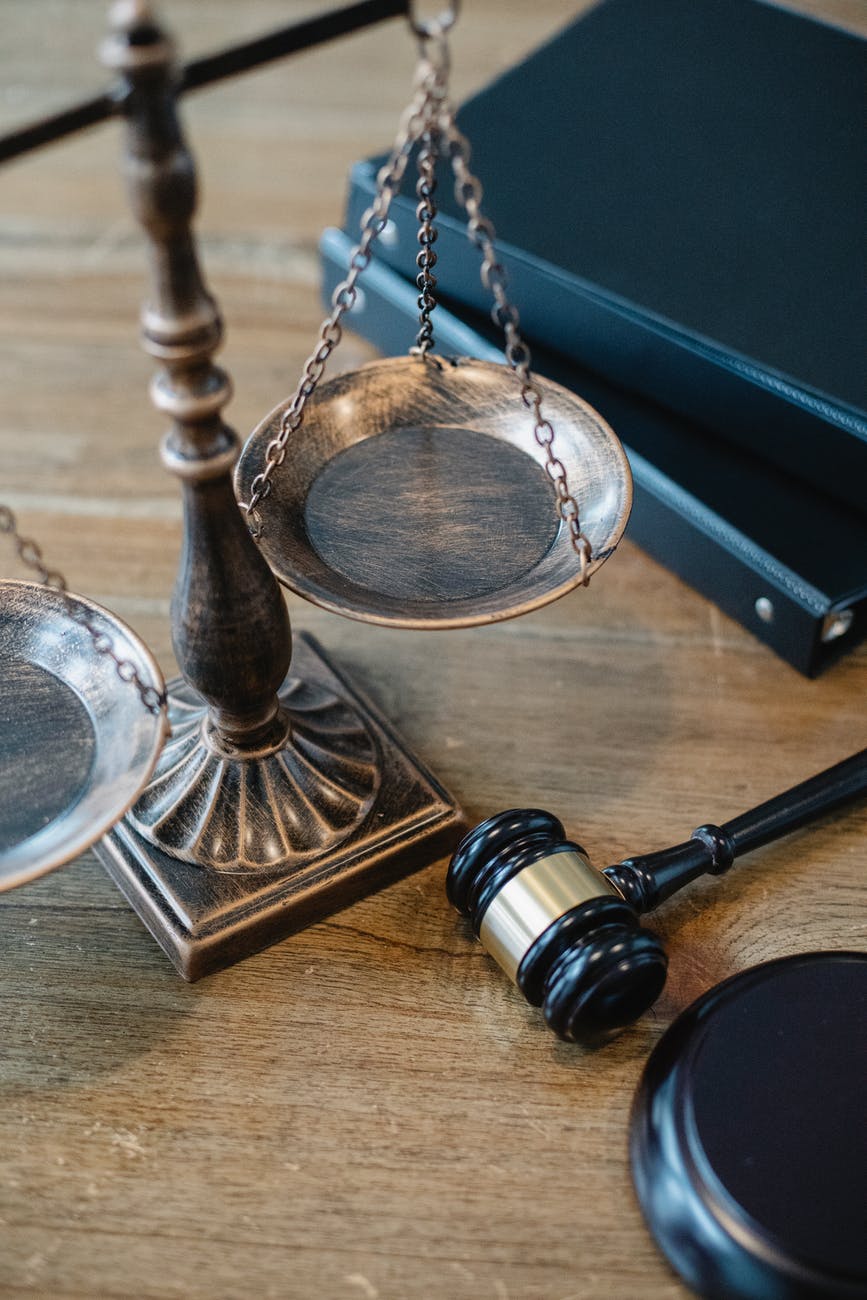 New revelations about an official investigation into Hunter Biden reveal impeachment never should’ve happened, and both the Department of Justice and likely the media knew it the entire time

On December 18, 2019, the House of Representatives approved two articles of impeachment against President Donald J. Trump for abuse of power and obstruction of Congress.

The articles alleged “President Trump, acting both directly and through his agents within and outside the United States Government, corruptly solicited the Government of Ukraine to publicly announce investigations into a political opponent, former Vice President Joseph R. Biden, Jr.”

The articles continued, “With the same corrupt motives, President Trump, acting both directly and through his agents within and outside the United States Government, conditioned two official acts on the public announcements he had requested.”

The impeachment investigations and ultimate charges were prompted by a whistleblower complaint in August of 2019.  The whistleblower still remains anonymous, alleging at the time that the “President of the United States is using the power of his office to solicit interference from a foreign country in the 2020 US election.  The interference includes, among other things, pressuring a foreign country to investigate one of the President’s main domestic political rivals.”

While the details remain murky, the whistleblower had apparently been informed about a phone call between President Trump and the new President Zelenskyy of Ukraine.  During the phone call, Trump requested Zelenskyy to “do us a favor because our country has been through a lot and Ukraine knows a lot about it.”  Trump continued “There’s a lot of talk about Biden’s son, that Biden stopped the prosecution and a lot of people want to find out about that so whatever you can do with the Attorney General would be great.”

The abuse of power claim stemmed from an alleged quid quo pro wherein Trump conditioned continued military aid to Ukraine on a public announcement of the investigation.  Though quid pro quos are common in international affairs, the charge was that Trump had leveraged an “official act” (the delivery of the funds and a White House meeting) on a personal political favor (an un-official investigation into Joe and Hunter Biden).

Alas, the entire narrative was completely decimated this week by the revelation that Hunter Biden has been under an official Department of Justice Investigation for foreign financial dealings since 2018.

Katie Benner, who provides coverage of the Justice Department for the New York Times, explained some of the known details about the Hunter Biden investigation to PBS’s News Hour.

“We know that the case began in 2018, when investigators in the US attorney’s office in Delaware started looking into possible money laundering charges against Hunter Biden.”  Ms. Benner continues, “They weren’t sure that they were finding anything there, but it did seem Hunter Biden had taken in a great deal of income and not appropriately paid taxes on it.”

The potential tax fraud charges against Hunter Biden, however, cannot be examined in a vacuum, much as the media may try to frame it as an isolated case with no connection to impeachment or the election.

The FBI is also in possession of Hunter Biden’s laptop, which contains emails that suggest his father Joe Biden is also involved.  Curiously, the FBI obtained this laptop in December 2019 around the time the impeachment began though it only surfaced in October 2020 during the election.

One email found on the laptop concerns a potential deal with the Shanghai-based conglomerate CEFC China Energy Co, referencing a “provisional agreement that the equity will be distributed as follows” and then describes “10 held by H for the big guy.”  Multiple sources have confirmed that the “big guy” is indeed Joe Biden.  Another email on August 2, 2017 references a deal Hunter had struck with Ye Jianming for half-ownership of a holding company worth $10 million per year.

Hunter wrote Ye had bettered the terms of a previous consulting agreement worth $30 million for “introductions alone.”  Hunter noted that the new proposal was “so much more interesting to me and my family.”

Nor are Hunter’s overseas dealing limited to China.

He’s also made a lot of money from Ukraine and Russia while his father, Joe Biden, was Vice President and pointman in the region for the Obama Administration.  Despite no experience in the energy industry and not being able to even speak the language, Hunter Biden was on the board of a Ukrainian energy company, Burisma, earning $50,000 per month until April 2019. The energy company was under investigation for corruption when Joe Biden insisted the prosecutor be fired, the crux of Trump’s request to Zelenskyy. Treasury records also indicate he received $3.5 million dollars from a Russian oligarch, the wife of the former mayor of Moscow.

Joe Biden’s involvement in these European dealings is corroborated, or at the very least, suggested in another email found on the laptop.  On April 17, 2015, Vadym Pazharsky, an advisor to the board of Bursima, wrote “Dear Hunter, thank you for inviting me to DC and giving an opportunity to meet your father and spent [sic] some time together.”

Additional corroboration of Joe Biden’s involvement has been provided by Tony Bobulinksi, a former business associate of Hunter.  Bobulinksi told Fox News that Hunter kept his father in the loop, “frequently…asking him for his sign-off or advice on various potential deals.”

Bobulinksi also describes a conversation with Joe Biden’s brother, Jim.  “I remember saying, ‘How are you guys getting away with this?’ ‘Aren’t you concerned?’” He claims Jim Biden chuckled in response, saying, “Plausible Deniability.”

To recap:  President Trump asks the President of Ukraine for help investigating Hunter Biden and Joe Biden, an investigation that was officially ongoing at his own Department of Justice, an investigation where Joe Biden is at least peripherally involved, and is summarily impeached for an abuse of power, mixing official business with personal business.

Yet, the existence of the official Department of Justice investigation and the laptop was hidden throughout the entire impeachment process and the 2020 campaign, only coming to light thanks to Rudy Giuliani.

While impeachment is a political matter and the House of Representatives is entitled to execute its duties as their members see fit, the Department of Justice is supposed to be an apolitical body.  They were in position of relevant, objective facts throughout the impeachment process, facts that undercut the main charge and exonerated Trump, but did absolutely nothing.

Fast forward a few months, and Attorney General Bill Barr, supposedly a Trump stooge, actively worked to ensure they did nothing before the election either, despite the claims about Hunter Biden resurfacing and the emergence of the laptop in the public sphere.

The Wall Street Journal reports that the nation’s top law enforcement officer refused to provide information on the probes to Republicans in Congress, without any explanation.  The New York Post states that “Barr is said to have been aware of the federal scrutiny — which dates back to 2018 — into Hunter Biden since before the spring.”

If they are in possession of relevant facts, they are obligated to release them, especially when the subject of the facts is repeatedly lying about the details and the media is engaged in an unprecedented cover up campaign.

Everyone should agree that a fair and honest election requires transparency and accurate information, not false denials like Joe Biden at the first Presidential debate, stating flatly that Hunter “wasn’t given tens of millions of dollars…It was all discredited.”

Nor was Joe Biden the only one lying about it.

The media immediately sprung into action, producing a letter from former intel officials claiming, without evidence, that the laptop was a Russian disinformation campaign. This was a complete fabrication that Barr could’ve just as completely shutdown.

Instead, the madness continued unchecked.  CNN claimed the media was ignoring the story because the details “have been denied by a credible former Joe Biden staffer and the Biden campaign, and US authorities are investigating whether the emails are part of an ongoing Russian disinformation effort.” The Washington Post called it a non-scandal. The New York Times cheered the return of the media gatekeepers preventing the story from being told.

Big Tech immediately jumped in as well.  Twitter suppressed the story entirely, refusing to allow users to link to it, and blocked the account of one of our nation’s oldest newspapers, claiming it was based on hacked information.  The claim was a lie.  Facebook blocked the story while it was “fact checked,” though all of the facts checked out.

Recapping once more:  We impeached a President on charges now shown to be completely false, and the government and the media hid the relevant facts for more than a year, all the way through an election.

If you’ve ever wondered why conservatives do not trust the media or the establishment, herein is a case study in lies, deception, and omission at the highest levels, concerning the most serious matters that could ever be before a country, an impeachment and an election.

Putting it another way:  Does anyone honestly believe the existence of the investigation and the laptop would not have been known if the roles were reversed and Biden was the President being impeached with Don Jr. was under investigation?