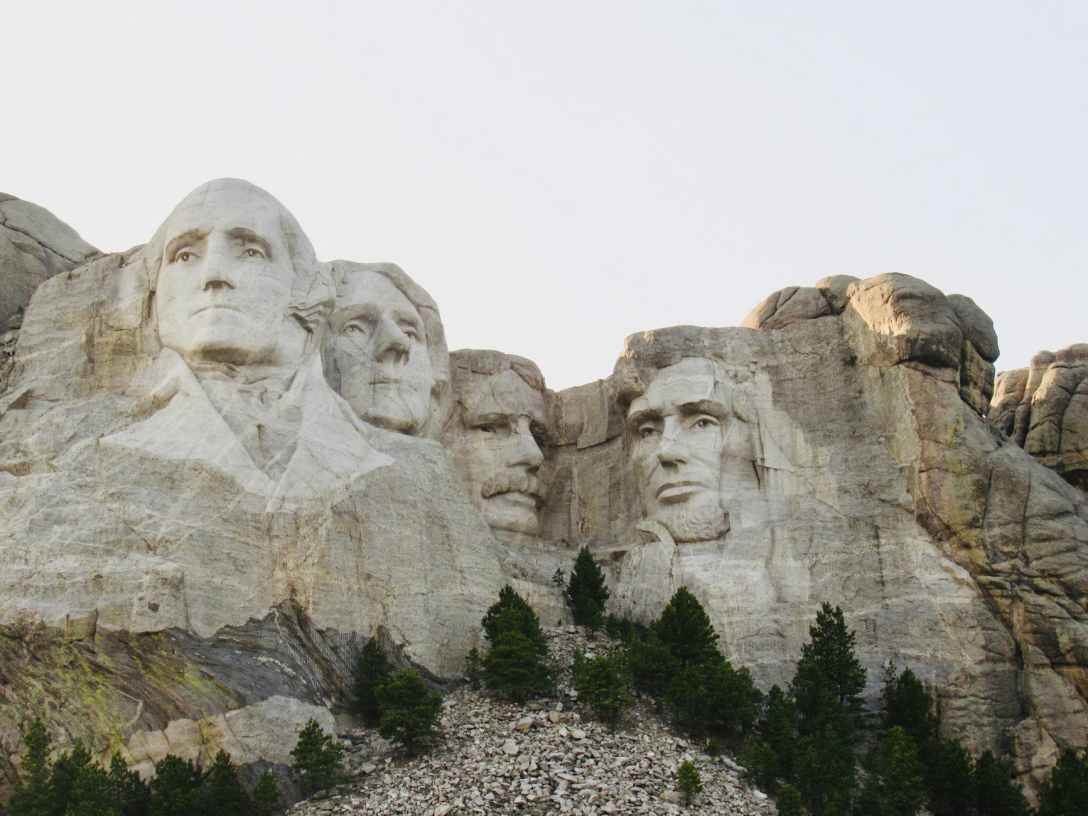 The media has suddenly discovered that President Biden is a rapidly fading old man and some Democrats are claiming he shouldn’t run again in 2024.  Of course, Biden’s many problems were evident long before he got into office. Where were they then?

Nobody should be surprised that Joe Biden makes an awful President.  He’d been striving for the office since 1988 with no success until an election unlike any other in 2020, his campaigns before then marked primarily by a bizarre combination of plagiarism and boasting, frequently about accomplishments he didn’t have and things he didn’t do, a habit he has continued into the Presidency itself.  He’s also been known as a veritable gaffe machine for decades, a long-time sufferer of that bane of politicians the world over, foot in mouth disease.  Perhaps his lone accomplishment after almost 40 years in the Senate was supporting the 1993 crime bill, which progressives now consider racist.  He has long fancied himself a foreign policy wonk, but his own colleagues, such as former Defense Secretary Robert Gates, believe he’s “been wrong on nearly every major foreign policy and national security issue over the past four decades.”  Perhaps the man who worked with him the closest, knows him best, and calls him a friend, former President Barack Obama put it most succinctly:  “Don’t underestimate Joe’s ability to fuck things up.”

This was hardly a secret in the Democrat party.  Throughout the 2019 and 2020 primary season, Democrats themselves took an “any but Joe approach” until his come from the dead victory in South Carolina.  Variously, they flirted with Vice President Kamala Harris, Transportation Secretary Pete Buttigieg, and even billionaire and former NYC Mayor Michael Bloomberg as the flavor of the month.  At some point, all were the potentially top tier candidates that could prevail over Biden.  The media rallied around them briefly, only to abandon them when their (almost) equally obvious flaws became apparent.  This was hardly surprising when then-candidate Biden struggled throughout the primary debates, adding the specter of old age to his lengthy list of other problems.  A perfect example was his bizarre claim about putting the record player on to fight institutional segregation in 2019.  After declaring that “there is institutional segregation in this country,” he insisted “It’s not that [some parents] don’t want to help. They don’t know what quite to do: Play the radio, make sure the television… make sure you have the record player on at night.”  Fortunately or unfortunately, his competition was even worse and Joe Biden ultimately prevailed starting with his unexpected victory in South Carolina.

The general election campaign came with the pandemic, and an excuse for aging Joe Biden to conduct the least energetic effort in modern history.  He made so few public appearances compared to the norm that President Trump and his supporters accused him of hiding in his basement.  The left-leaning fact-checking website Politifact felt the need to analyze the claim.  They determined it was false because Biden had 14 public appearances in September 2020 without mentioning that most candidates have multiple public appearances per day, and that’s been the case for the past 70 years ever since Harry Truman, a fellow Democrat, popularized the practice in 1948.  Between September 4 and November 5, President Truman criss-crossed the entire country by train in what became known as a whistle stop tour.  He delivered 352 speeches across 21,928 miles in barely 2 months.  On October 11 alone, he gave 11 different speeches in 15 short hours.  It was common for him to address 500,000 people in a single day.  This is what campaigning generally looks like in the modern era if you substitute a plane for a train.  Biden, however, is no Truman, and everybody knew it.

The media was also happy to provide near endless cover for a near endless stream of gaffes and bizarre outbursts, even on such a light schedule.  He described a voter at a town hall event as a “lying dog faced pony soldier.”  He told miners at another event that they should learn to code, “Anybody who can go down 300 to 3,000 feet in a mine, sure in hell can learn to program as well.” “Anybody who can throw coal into a furnace can learn how to program for god’s sake,” he added later.  He challenged another person to push ups after being questioned about his age.  “Look, the reason I’m running is because I’ve been around a long time and I know more than most people know and I can get things done,” candidate Biden responded. “That’s why I’m running. You want to check my shape, let’s do push-ups together. Let’s run. Let’s do whatever you want to do.”  This was after he’d called the person a “damn liar.”  He couldn’t even properly direct people to his own website, telling voters to go to a mobile phone number for text messages.  At times, he was downright weird and creepy, including my personal favorite as he recounted a lifeguard story from his youth, “By the way, you know, I sit on the stand and it’d get hot. I got a lot of — I got hairy legs that turn blonde in the sun. And the kids used to come up and reach in the pool and rub my leg down so it was straight and then watch the hair come back up again.”  He followed this one up with “I love kids jumping on my lap” at the same event.

Perhaps even worse, the media showed less than zero interest in even the most obvious negative impacts of his policies.  Two examples come to mind:  Biden was quite explicit that he would reverse President Trump’s border policies on his first day in office.  One needn’t be an expert to reason that reversing measures taken to reduce the number of border crossings, especially those that held potential migrants outside the country until their claim could be heard, would necessarily increase them.  Likewise, President Biden was clear he planned to transition the country away from fossil fuels and towards renewable energy.  For decades, part of the plan to do so has been to increase prices on these fuels by restricting drilling and pipelines.  President Biden did exactly that, starting on his very first day in office when he canceled the Keystone XL pipeline.  Eighteen months later gas prices are at record highs, and yet everyone seems surprised if not shocked about how this could’ve happened when it’s been a key part of the plan all along.

Instead of covering any of this, however, the media and the broader political establishment went to great lengths to position Biden as a moderate, a uniter of the common people, and an experienced hand that could steady the ship of state after the tumultuous Trump years.  They piled on the endorsements, over 40 of them:  “Biden is a worthy antidote to Trump’s unbounded narcissism and chronic chaos,” according to USA Today.   The Washington Post claimed, “Mr. Biden is almost uniquely positioned for the moment. He would restore decency, honor and competence to America’s government.”  The Los Angeles Times had it, “Trump’s record easily justifies a position of ‘Anybody but Trump.’ But Biden isn’t just preferable to Trump; in many respects he is Trump’s antithesis,” or Rolling Stone if you prefer, “The 2020 election, then, offers the nation a chance to reboot and rebuild from the racist, authoritarian, know-nothing wreckage wrought by the 45th president. And there are few Americans better suited to the challenge than Joe Biden.”  The Boston Globe and Chicago Tribune took a slightly different tack, “The fact that Biden is not an ideological firebrand, and is thought unlikely to pursue reelection in 2024 if he wins this November, augurs well for the central challenge that will confront the next president: how to repair the damage from Trump’s four years” and “By endorsing Joe Biden, we are emphasizing that there is value in electing a president of the United States who does not engage with others with petulance. There is value in electing a president who does not insult, mock or demean. Our country can and must do better.”  Perhaps The Seattle Times had it best, “Biden can fix this mess.”

This was far more than wishful thinking.  The evidence, even at the time, was more than obvious it was outright delusion.  Nothing in Biden’s record, demeanor in public, commitment to the campaign, or even basic speaking skills supported any of this or anything even close.  An objective reading of key facts easily reveals that the opposite conclusion was the more reasonable one to be reached, but they went ahead and wrote it anyway.  Now, eighteen months into an abject disaster, some of the very same people have suddenly discovered that President Biden might not be up to the job and are recommending that he not seek re-election in 2024.  The New York Times was first to prompt the question, “Should Biden Run in 2024?” The answer: “Democrat Whispers of ‘No’ Start to Rise.”  The Atlantic followed up with helpful reasons “Why Biden Shouldn’t Run in 2024” and Vanity Fair reported on “Democrats’ Worries About a Biden 2024 Campaign are Getting Louder.”  Even Biden-friendly CNN got in on the act when left-leaning pundit Don Lemon questioned newly minted Press Secretary, Karine Jean Pierre about her boss’s mental fitness, only to be laughed at.  As he explained it later,  we have a right to know the “health, history, both physically and mentally” of the President, and we “certainly” did the same thing to former President Trump.  “And so I think we need to really think about that. Younger people being more involved in the political process, younger people, of course, can be involved in the political process. But we need to think about at a certain time in one’s life, perhaps they should think about that, and that includes Donald Trump as well, who is not far behind the current president of the United States,” he said. Progressive firebrand Alexandria Ocasio-Cortez wouldn’t even say whether or not she would support Biden in 2024, demurring with “We will cross that bridge when we get to it.”

Of course, they already crossed that bridge and, at the risk of mixing metaphors, drove the country right off a cliff, one that was well marked with danger signs.  Some would say their recent epiphanies are better late than never, and I’m never one to discourage intraparty feuds on the Democrat side, but by far the greater part of me wants to tell them in no uncertain terms where they can stick this newfound buyer’s remorse.  None of this is new if you had half a brain and/or weren’t lying at the time.  They own this mess and it shouldn’t be so quickly forgotten, whatever they may say today.  Of course there are many who would claim that Trump was such a unique threat, anyone was preferable.  This is a fair enough proposition, but transparency in reasoning is important.  We were not told Biden was the lesser of two evils.  We were told he had a unique set of skills he obviously lacked and we are all paying the price now.