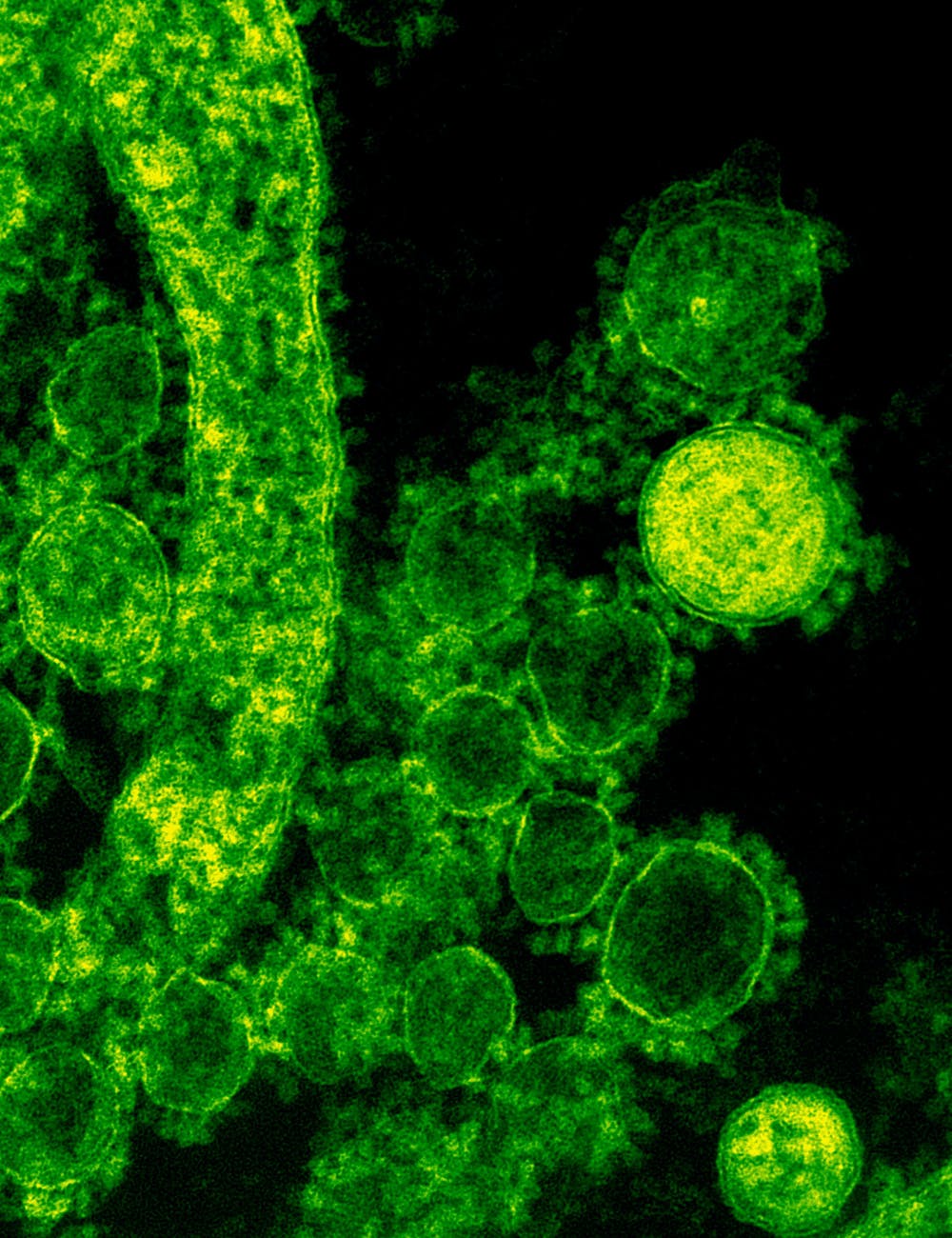 Today’s scientists rediscover the 50 year old work of a Hungarian biologist, Tibor Gánti, who labored behind the Iron Curtain, but developed theories that could upend our entire understanding of the origin of life

The earliest known life forms on Earth are cyanobacteria, fossilized around 3.77 billion years ago in the Archaean rocks of Western Australia.  Cyanobacteria are simple, single-celled organisms, commonly known as blue-green algae.  They prosper in water and can form large blooms that spread on the surface, these blooms can even become visible to the naked eye.

Though a relatively simple organism compared to the explosion of life that occurred in the billions of years since they arose, cyanobacteria are still far too complicated to have been the first life form on the planet.  They contain DNA, use photosynthesis to generate energy, and reproduce themselves via a complex process known as mitosis.  In fact, scientists believe cyanobacteria are ultimately responsible for almost all animal life that came after:  By releasing oxygen via photosynthesis, they changed the atmosphere itself.

The question of what came before cyanobacteria, however, largely remains a mystery.  Evolutionary biologists hypothesize that life requires three things:  Replication, heredity, and mutation.  A living being reproduces itself by passing traits onto its offspring, albeit imperfectly to allow for the changes in offspring that natural selection relies on to generate complexity over the eons.  This means that an organism requires a system to store information, as well as the means to copy this information to its progeny.

Today, we store our genetic information in DNA, deoxyribonucleic acid.   DNA is arranged in two complementing strands that wrap around each other in the famous double helix.  It is replicated in cells through an extremely complicated process requiring the involvement of dozens of enzymes, carefully choreographed by dedicated chemical machinery.  If only one thing is removed, for example DNA polymerase which organizes the assembly of the new strands, the entire process fails.

In other words, DNA is too complicated to replicate on its own.

Clearly, life must’ve begun with something much simpler.   For decades, scientists have believed this simpler form could be RNA, ribonucleic acid.  RNA has been considered a prime candidate because it is composed of only a single strand as opposed to the double helix of DNA, and it performs multiple functions within cells today.  Sometimes, RNA stores information, at others it acts on the information as enzyme.

This dual function appears to satisfy the need to have both a device to store information and a means to replicate it.

Although Alexander Rich first proposed the idea of RNA as the original replicator back in 1962 and the idea has been widely accepted by many scientists, known today as RNA World, problems remain.  First, RNA is pretty complicated in and off itself.  It’s highly unlikely RNA could have sprung into existence on its lonesome.  Second, we are aware of no modern form of RNA that replicates itself.  Like DNA, RNA replication today requires the complex machinery of the cell.

However, it is important to note that the second point isn’t necessarily disqualifying to the idea that RNA is a candidate for the first replicating organism.  It’s certainly conceivable that RNA did replicate itself at some point, but the process has since been taken over by other cellular machinery.

The famous evolutionary biologist, Richard Dawkins, is fond of using the analogy of the Roman Arch, ubiquitous in antiquity, many still standing today.  If you examine a completed arch, it seems impossible to construct without concrete.  Each brick supports the other, if you remove one, the whole thing comes crashing down.  The arch, of course, is constructed on top of a scaffold, every brick is put in place before the scaffold is removed.  If the scaffold were taken away too early, the arch would collapse.

It is reasonable to assume that the earliest life forms relied on chemicals and processes that no longer exist today.  For example, the chemist, Graham Cairns-Smith proposed a radical theory over 50 years ago:  the earliest forms of life began with crystals.

Cairns-Smith was responding to an earlier, now very famous study. In 1953, the biochemist, Stanley Miller created basic organic molecules, amino acids, by electrifying a collection of gases believed to be present on the early Earth, what has become known as the primordial soup.

Cairns-Smith had his doubts about the utility of the experiment.

Though he referred to Miller’s work as “beautiful,” he believed it was fatally flawed because “simpler molecules are more likely to be found and more likely to form than more complex molecules,” he explained.  “The idea you’d make a nucleotide is ridiculous. The more complicated the molecule, the less of it will form.”

Decades of study has largely proven Cairns-Smith correct, at least in this concept:  Complexity is the hard problem for evolution; the creation of organic molecules and basic replication are relatively easy.

For example, DNA isn’t the only replicator on the planet.  There is another class of proteins, called prions, that replicate their shapes.  When a prion comes in contact with another protein, it forces the protein to take its shape instead of the natural shape.   Mad Cow disease is, in fact, caused by prions as are other diseases.  Prions replicate today alongside DNA.

Prions, however, do not store any information other than their unique shape, its own form of storage.  Unlike DNA, they cannot accumulate more information to support complexity, no advanced chemical machinery and certainly nothing like an eye or a wing.

While Cairns-Smith was unaware of the existence of prions at the time — the term wasn’t coined until 1982 — this is the problem he sought to solve with his crystal theory.  Cairns-Smith recognized that, beneath the surface, crystals have many properties associated with life.

Inside each crystal, the atoms are arranged in a tightly organized, repeated pattern.  Crystals can also grow, if they are placed in water with the same chemical components.  They can even split apart, a mother crystal giving rise to a daughter crystal, and, even better, the mother and the daughter aren’t always the same, changes in the environment can create unique patterns, almost like mutations.

While no one would call a crystal alive, it seems to have the key properties for the earliest potential forms of life:  Information stored in a pattern, replication of the pattern, and the capacity for change.  Cairns-Smith called this the “crystals-as-genes hypothesis,” and he believed the earliest self-replicating molecules grew out of the patterns of the crystals like the scaffold on Dawkin’s Arch.

At some point, however, the molecules were able to replicate on their own and left the crystals behind. Unfortunately, Cairns-Smith’s ideas have been almost impossible to test in practice and little progress has been made — though a few recent experiments have proven potentially promising.

For example, Rebecca Schulman, a biological engineer at Johns Hopkins, has published a series of experiments demonstrating that information can be encoded in the crystal structure.  While her work is a long way from proving Cairns-Smith correct, Schulman has shown that you can store and copy information in crystals, a key finding that at least holds out the possibility of the crystal theory.

Today, scientists are once again turning to the past for ideas about the origins of life.  The work of a Hungarian biologist, Tibor Gánti, who died in 2009, has been rediscovered and is receiving a bit of a renaissance.  Gánti was born in Hungary in 1933 and spent much of his career working in obscurity behind the Iron Curtain.

In 1971, he published The Principles of Life in which he described the first version of his “chemoton” model.  Unfortunately, the book was only published in Hungarian and the ideas would not make their way into English until 2003.

Gánti’s chemoton model was (and still is) incredibly insightful:  He originally believed two key processes are required to sustain life, a means to build and maintain a body, and the information storage system to pass down genes.  He later added that the processes must take place in some kind of sealed system.

Thus, the simplest form of life would contain, “genes, metabolism, and membrane,” according to Michael Marshall writing for National Geographic.  Gánti’s model differs from the RNA model in a key way:  The chemoton doesn’t require any enzymes.  Gánti believed they developed much later, the RNA model assumes they developed in parallel with the storage of genetic information.

This offers a crucial opportunity for scientists to experiment:  Can we create a replicator with heredity but no enzymes?  If so, Gánti might well be proven correct almost fifty years after he first proposed the idea.

“For scientists attempting to re-create the spark of life, the chemoton offers an attractive target for experiments,” Marshall wrote. “If non-living chemicals can be made to self-assemble into a chemoton, that reveals a pathway by which life could have formed from scratch. Even now, some research groups are edging startlingly close to this model.”

It’s also tantalizing to consider whether the chemoton model can be reconciled with the crystal theory.  Could the earliest information and the sealed membranes have been provided by crystal structures?

Of course, it’s possible that we will never know for sure:  Simply because we can create these structures in a laboratory experiment, doesn’t mean they played out this way in the real world.  At the same time, any peek behind the curtain at the potential origin of life would be an amazing human achievement, even giving rise to new clues in the search for life beyond planet Earth.

Two other thoughts come to mind about this story:  First, the free exchange of ideas is essential to all human progress.  How much further along on our quest for the origins of life might we be if Gánti’s ideas had proliferated around the world 50 years ago?  Second, simply because an idea is popular and accepted among scientists, doesn’t make it right.  We’ve been living in an RNA World for 60 years, and the whole thing might come crashing down.  Ironically, as a result of a theory developed 50 years ago!

1 thought on “Chemotons: The search for the origin of life takes a surprising twist”