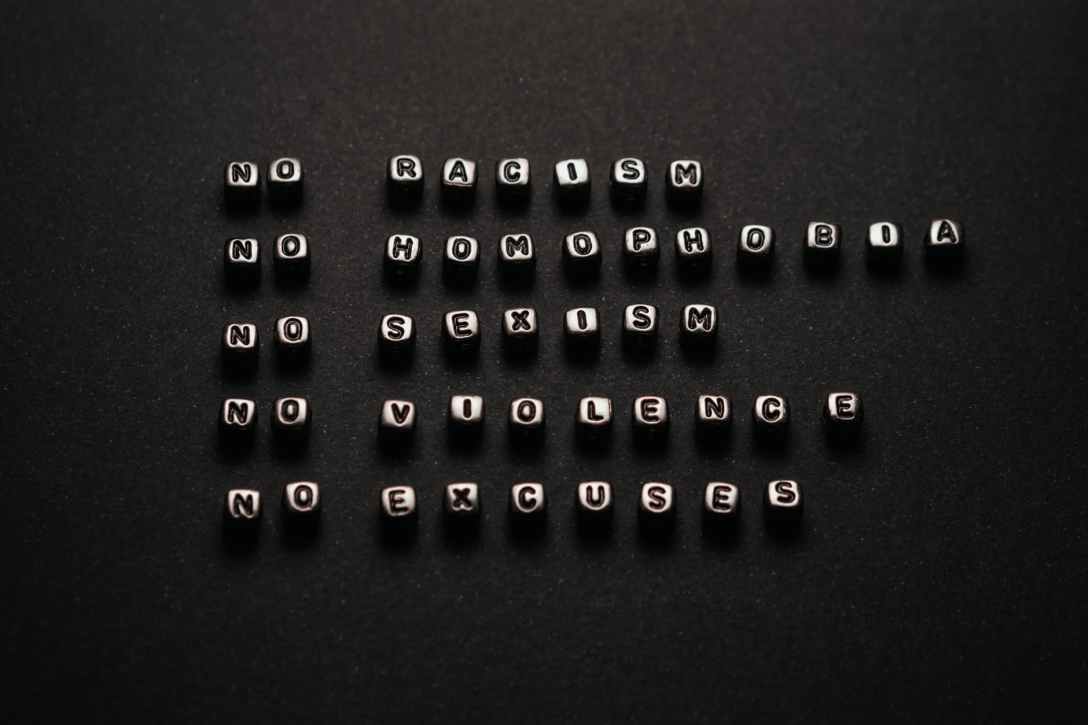 From Buckingham Palace to The Bachelor, claims of rampant institutional racism abound with no means to verify or resolve them and little ability to mount a defense.  Imagine, for a moment, if we treated real crimes this way…

Buckingham Palace is a hotbed of racism.  The Bachelor and Bachelorette exploit rather than protect people of color.  Police in America hunt black men.  Pepe Le Pew is a rapist and model for rape culture.  Speedy Gonzalez perpetuates Mexican stereotypes.  Mr. Potato Head is too male, Dr. Seuss too racist.  Math, or at least the way it is taught, is also racist, Shakespeare perhaps as well.  The Ancient Greeks were too white.  The modern world is too white, and whiteness perpetuates racism, always.

Other than being hot topics in today’s anti-racism, anti-misogyny saturated media environment, what do these things all have in common?

They’re all unprovable accusations, almost intentionally so, promulgated without any attempt to verify the claim and without any means to mount a defense.  The “victims” get to speak their minds freely and without fear of reprisal while the perpetrators, if they are even named, are shut out of the discussion unless they immediately repent their sins.  When the perpetrator is long dead, their defenders are summarily smeared.

There is no debate.  There is no room for discussion or differing opinions.  The charge is levelled, it is accepted, and the source of the concern must be purged.  In most cases, these things are decided for us in advance.  For example, no one debated the racist legacy of Dr. Seuss, but between his publisher and the National Education Association, some of his books have been banned from publication and resale, and he’s been erased from childhood reading programs.  If you disagree, you’re the one either feigning outrage, ginning up outrage for puerile purposes, perhaps to distract from other pressing political problems, or a Neanderthal completely out of step with the times.

At the same time, accusations of racism remain a serious charge.  There are few things considered more immoral in the world today than being a racist.  It’s widely accepted, for obvious reasons, that racism needs to be stamped out, entirely, and that instances of racism must be addressed wherever they might be, from palaces to police precincts.

For legal matters, there are processes in place to adjudicate guilt or innocence.  Some of these processes are, in fact, enshrined in the Constitution as part of the Bill of Rights.  Free speech, unreasonable search and seizures, probable cause, double jeopardy, self-incrimination, due process, speedy and public trial by jury, confronting accusers and witnesses, and other rights reserved.

Of course, the court of public opinion is not a court of law and the Constitution only applies to government entities.  Still, should we just assume that no protections whatsoever ought to apply in matters before the public?  That these basic rights guaranteed to all men and women in America have absolutely no applicability to our day to day discourse?

In my opinion, it’s a very narrow, constrained, and somewhat pitiful right that has no meaning outside of government action.  The rights themselves are rooted in basic principles of fairness and objectivity, including innocent until proven guilty and the ability to freely defend yourself from accusations.

I’m not suggesting this level of formalism applies to the court of public opinion, but surely we can agree that there are some principles that should govern our discourse and those principles should be rooted in fairness and objectivity.  Beyond the potential repercussions for the people involved, how are to ascertain the truth of any topic?

Generally speaking, the woke warriors would no longer have you debate issues both large and small.

For example, The Bachelor franchise has been engulfed in a bizarre controversy over a contestant attending an offensive party three years ago, when she wasn’t even 21 years old.  The controversy has been ongoing for almost a month now with no end in sight.  Metastasizing over this period to include not only the actions of a contestant and the host, but the entire show in and of itself.

Former contestant, Rachel Lindsay, is at the center of the storm, whipping it up on a weekly basis.  This week she was “disturbed,” as in “I felt it in my soul” disturbed, over a conversation the show aired between a black contestant and his estranged father.  Though the contestant himself has repeatedly referred to his relationship with his dad, requested his presence on the set, initiated the conversation, and described it as important to his future relationship with the remaining contestants, this wasn’t enough for Ms. Lindsay.

“If the Bachelor franchise has shown us anything, it is that they don’t know to protect people of color, they only know how to exploit them,” Lindsay fumed. “They only know how to mishandle situations when they come to race. That is what they’ve shown us time and time again. This should have never been aired for America to see.”  If you disagree with her, don’t bother:  “this is one of those times where you should just sit and listen to what people who have been stereotyped in this way have to say.”

Let’s step back a bit:  Hundreds of people work for the Bachelor franchise, millions of people enjoy the show, but in Ms. Lindsay’s mind, they’re all racists or supporters of racists.  They don’t properly “protect” black people, only “exploit” them.  Therefore, she had no problem smearing everyone involved, root and branch as it were, and felt it was perfectly acceptable to cut off all debate on the topic as well.

The only problem is:  The Bachelor franchise is produced by people.  Which of these people, precisely, does she believe is the racist?  All of them?  Most of them?  A few of them?  One individual in particular?  Does her concern include the audience as well, hungry to devour racial stereotypes because of their innate white supremacy?

They didn’t say, leaving us to believe the institution itself is racist.  What can you do with an institution racist to the core except tear it down in its entirety?

Of course, people are going to say what they say and do what they do.  Ms. Lindsay, Prince Harry, Ms. Markle, and others all have free speech rights and are entitled to express their opinion.  I don’t seek to deny them that by any means, but their statements reach the court of public opinion via the media, where they are broadcast far and wide without any critical analysis and, few, if any, questions about the veracity of their claims.

Returning to our original thought experiment, if Ms. Lindsay had accused someone on the set of Bachelor of a murder, would anyone think it responsible to reprint her headline without any facts at all?  Of course not, yet this is exactly what happens with even the vaguest accusations of racism.  From Yahoo News to People magazine, Ms. Lindsay’s claim that the franchise intentionally exploits people of color because they are people of color was printed as if it were a fact.  Prince Harry and the Duchess of Sussex’s claims made it even further and wider, as if they were delivering truth from heaven rather than sharing a damaging accusation with no evidence to support it.

No evidence is a common problem with many of these claims.  Recently, it was revealed that a student, Oumou Kanoute, who had accused Smith College staff of racism for interrupting her while she was eating in a closed area had falsely implicated two individuals.  Ms. Kanoute took to Facebook and accused a cafeteria worker, Jackie Blair, and a janitor, Mark Patenaude, of committing “racists cowardly acts.” Neither was involved in the incident, however. Mr. Patenaude wasn’t even on campus at the time.  Where do they go to get their reputations and honor back?  What consequences will Ms. Kanoute suffer for the false claim and accusation against people not even there?

None, of course.  These claims get made, recycled, and repeated without any cost to the accuser, leading to even more claims however nonsensical.  These days, the claims themselves don’t even have to make sense or be provable, whether levelled at a single individual or an entire culture.

For example, it is now taken as fact that white supremacy is perpetuated by certain behaviors.  These behaviors were codified by Tema Okun back in 1999.  The behaviors are:  Perfectionism, sense of urgency, defensiveness, quantity over quality, worship of the written word, only one right way, paternalism, either/or thinking, power hoarding, fear of open conflict, individualism, i’m the only one, progress is bigger, more, objectivity, and right to comfort.

Except, Ms. Okun never bothered to explain how precisely these behaviors are inherent in white supremacy, nor was there any public debate that something as innocuous as the written word was, in fact, racist.  These phrases, however, are now referenced as facts in everything from academic papers to school board meetings. Recently, the San Francisco School Board cited her reasoning to explain how acronyms were racists and Equitable Math to explain how math teaching is racist.  They’re one of the underpinnings of anti-racism training, where white people bemoan their whiteness and promise to be less white.

Why are we doing this, however, if the underlying charge is false?  What special gift do Ms. Okun and others have to perceive the truth and proclaim it without evidence of debate?  They do not say, but you must listen, closely, and agree, dutifully, or you are the racist.

The result is an ongoing “conversation” about race completely divorced from any means to ascertain the validity of the claim, the root cause, and take corrective action.  I don’t think any fair minded person disagrees that racism and racial disparities exist, and moreover that they should be addressed, but how exactly do you address an ever present specter like institutional racism or systemic racism?

Institutions and systems are the product of individual behaviors, from management creating policies to individuals carrying them out on a daily basis.  Is the policy racist?  The individual racist?  Both?  If we don’t know, how can we solve the problem?  How can we even evaluate if the claim is true?

The sad reality is that we can’t.  Solving problems requires substantive debate, facts, evidence, and objectivity.  All of those have gone almost completely missing, and we will make no progress until we find them again.

2 thoughts on “Unprovable accusations: Whatever happened to basic fairness and objectivity?”